Australian Open champion Sofia Kenin is targeting a second Grand Slam of the year while the 19-year-old Iga Swiatek has her sights set on becoming Poland's first major singles champion. 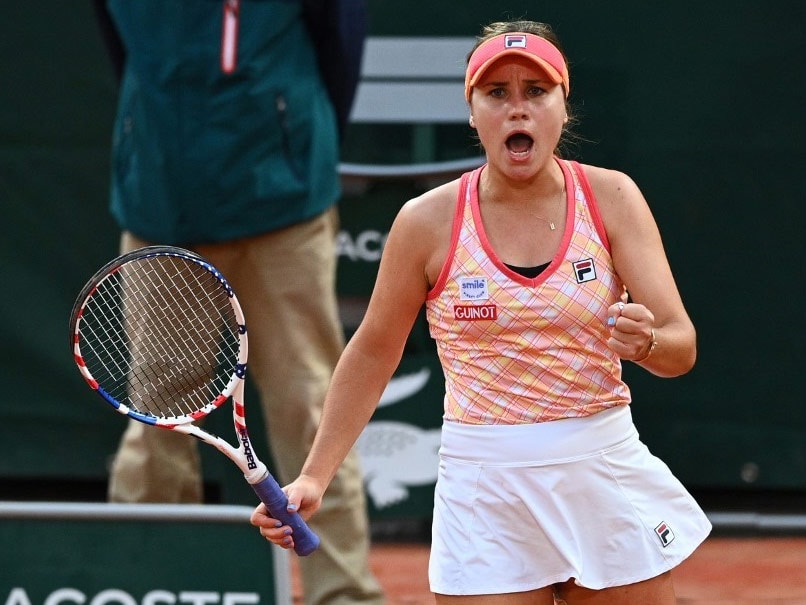 Sofia Kenin's hunger and desire ranks among the best, as does her ability to adjust.© AFP

Sofia Kenin and Iga Swiatek are the last women standing at a French Open tournament unlike any other, full of surprises and held in the autumnal Paris chill after it was delayed four months by the coronavirus pandemic. Australian Open champion Kenin is targeting a second Grand Slam of the year while the 19-year-old Swiatek has her sights set on becoming Poland's first major singles champion.

-- Kenin arrived at Roland Garros having suffered an embarrassing double-bagel defeat by Victoria Azarenka in Rome, her lone warm-up match on clay, a surface she used to despise.

The American had never advanced as far the quarter-finals on clay before this fortnight, but now stands a win away from becoming the first woman to capture two Slams in the same season since Angelique Kerber won the Australian and US Open in 2016.

The 21-year-old is hoping her Melbourne experience will give her an edge over Swiatek, who has blasted through to the final for the loss of just 23 games.

"I've been there, done that. I know what the emotions are getting into your first Grand Slam final. I'm hoping she's going to be a little bit nervous," said Kenin.

Kenin's hunger and desire ranks among the best, as does her ability to adjust and counter an opponent armed with greater power as witnessed in her victory over Petra Kvitova.

A five-month shutdown of the season due to the Covid-19 outbreak threatened to check the momentum of her triumph Down Under, and Kenin admitted it was hard at first to adapt.

"With the whole pandemic, things kind of got on hold," she recounted. "I didn't have really motivation when I knew that everything is shut down.

"It took some time for me to get my motivation back. I finally got it. I feel like I'm playing the best tennis right now, as well."

Kenin has gone to three sets in four of her six matches and will need to be at her uncompromising best to subdue an opponent who has ruthlessly swept aside the competition, including top seed and favourite Simona Halep.

At 19, Swiatek is the youngest player to reach the women's French Open final since Kim Clijsters in 2001.

She has matched the run of compatriot Jadwiga Jedrzejowska -- the most outstanding Polish player of the interwar period -- who finished runner-up at Roland Garros in 1939.

Swiatek is only the second Polish woman to reach a Grand Slam final in the Open era after Agnieszka Radwanska at Wimbledon in 2012. She had never previously been beyond the last 16.

The latest in a line of teen stars, Swiatek is the seventh unseeded women's finalist at Roland Garros. Of the previous six, only Jelena Ostapenko in 2017 went on to lift the trophy.

"I will need to be on a different level, the higher level, even though I'm winning easily right now," said Swiatek. "I'm going to be, like, an underdog."

Swiatek, then barely 15, beat Kenin 6-4, 7-5 in the French Open junior tournament in 2016, but like Ostapenko three years ago she goes into the final hunting her first title of any sort at tour level.

Not that Swiatek, whose work with a psychologist has helped immeasurably with her laser-like focus, expects to be overawed by the occasion.

"I feel like I'm ready. I also feel like I don't have to win. I'm pretty okay with both scenarios," said Swiatek, who was beaten Friday along with partner Nicole Melichar in the doubles semi-finals.

"Of course it's going to be sad because I would be so close if I'm going to lose.

"I think if I'm going to win, it's going to be crazy and super overwhelming for me."

Comments
Topics mentioned in this article
Sofia Kenin Tennis
Get the latest updates on T20 World Cup, check out the T20 World Cup Schedule and Live Score . Like us on Facebook or follow us on Twitter for more sports updates. You can also download the NDTV Cricket app for Android or iOS.