The match between Andy Murray and Philipp Kohlschreiber was stopped due to fading light. There are no artificial lights at the clay-court French Open tournament. The match will resume Sunday, with No. 7 Murray serving.

The third-round French Open match between Wimbledon champion Andy Murray and 28th-seeded Philipp Kohlschreiber was suspended at 7-all in the fifth set because of fading light Saturday. 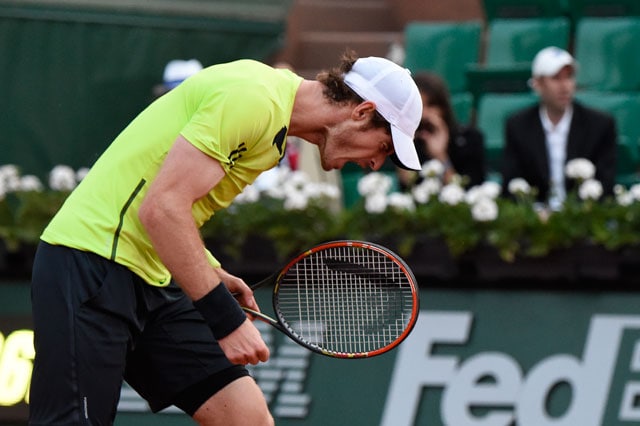 There are no artificial lights at the clay-court Grand Slam tournament. The match will resume Sunday, with No. 7 Murray serving.

Murray - who got both upper legs massaged by a trainer during fifth-set changeovers - twice was two points from victory while leading 6-5 as Kohlschreiber served, but couldn't get closer.

Kohlschreiber then held a break point at 6-all that Murray erased with a backhand winner.

The match between Richard Gasquet and Fernando Verdasco was suspended with Verdasco leading 6-3, 6-2, 2-2.