Andy Murray was up a break in the fourth but trailing by two sets to one when play was suspended on Monday due to darkness but the Scot returned to close out a 3-6, 3-6, 6-0, 6-3, 7-5 win over the 37-year-old Radek Stepanek. 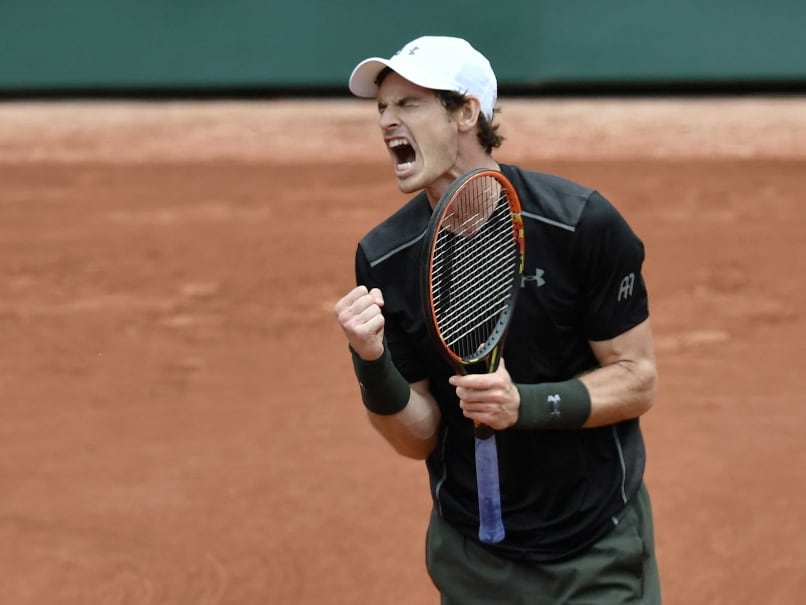 World number two Andy Murray completed his recovery from a two-set deficit against Czech veteran Radek Stepanek to advance to the French Open second round on Tuesday.

"He was playing drop shots, hitting the ball very flat, it was very difficult to get into a rhythm. That's credit to him and the way he played.

"Both of us had chances in the fifth set. Thankfully I was able to take mine at the end when he made a couple of mistakes."

Second seed Murray stunned Novak Djokovic to win the Rome Masters the weekend before last, but he struggled mightily against the crafty Stepanek on Court Phillipe Chatrier.

The Scot dropped serve twice in the opening set to fall behind and Stepanek, the oldest player in the draw, called upon his vast experience to carve out a two-set lead.

Murray though showed his resolve and raced through the third set in just 18 minutes as former world number eight Stepanek began to lose his way in the fading light.

The Scot charged into a 4-2 lead in the fourth set before play was halted on Monday, but Murray returned to polish it off and force a decider when play resumed Tuesday.

Stepanek held firm as Murray failed to convert break points in the first and fifth games of the final set, but the Czech eventually cracked at 5-all with Murray sealing a dramatic comeback victory.

It was Murray's ninth comeback from two sets down at the majors.

Murray, a three-time Roland Garros semi-finalist, will play 164th-ranked French wildcard Mathias Bourgue for a place in the last 32.

Comments
Topics mentioned in this article
Andy Murray Radek Stepanek Tennis
Get the latest updates on India vs England Series, India vs England , live score and IPL 2021 Auction . Like us on Facebook or follow us on Twitter for more sports updates. You can also download the NDTV Cricket app for Android or iOS.