After almost two decades of growing pains, Roland Garros, the historic but claustrophobic home of the French Open, can finally breathe easy -- thanks to the 'greenhouse effect'. 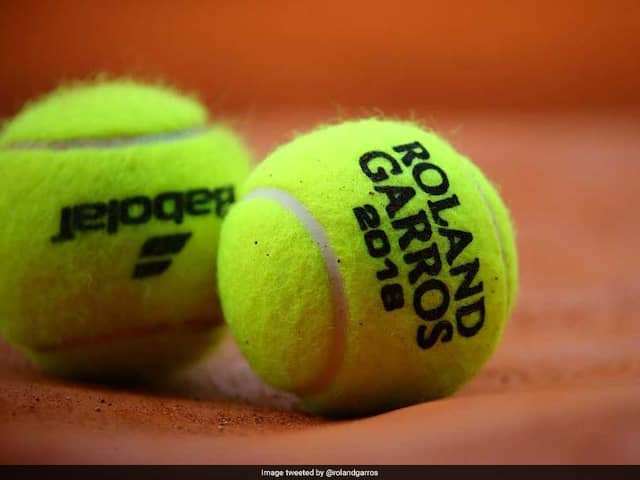 After almost two decades of growing pains, Roland Garros, the historic but claustrophobic home of the French Open, can finally breathe easy -- thanks to the 'greenhouse effect'. Players and fans who make the annual pilgrimage to the clay court showpiece, which gets underway on Sunday, will notice radical changes this year as the tournament plays catch-up with its Grand Slam big brothers at Wimbledon and the US and Australian Opens. Where those three have expanded effortlessly, embracing 21st century technology with modern stadia and retractable roofs, Roland Garros planners have spent their time in legal wrangles, fighting opposition to plans to extend from their well-heeled and powerful neighbours in one of Paris's plushest suburbs.

That was when earlier plans were dropped after Paris lost out to London in its bid for the 2012 Olympic Games.

Always at the heart of court battles -- and consequently the cause of the delays to expansion dreams first hatched in 2002 -- were a batch of humble greenhouses.

Built in the 19th century, the greenhouses in the adjacent Autueil gardens are home to rare flora and fauna.

The Serres d'Autueil, said campaigners, would be in peril from plans to build a 5,000-seater stadium next to them.

The federation, who even once pondered abandoning Roland Garros in favour of a new site in the suburbs, eventually triumphed in their court tussles.

Greenhouses have been renovated and renewed and work on the new semi-submerged arena is well underway and will be operational for the 2019 French Open.

It will be called the Simonne-Mathieu stadium in honour of a former national women's champion and French resistance fighter of the Second World War.

"It is the symbol of a new Roland Garros," said Gilles Jourdan, who is in charge of the project.

"It will allow the tournament to breathe."

Another new stadium -- Court 18 which will, bizarrely be renamed Court 14 for next year -- is already finished and is being used for the 2018 tournament.

Matches in this week's qualifying competition are being played on the arena tucked away in the western corner of the complex.

Court 18 can accommodate 2,200 people and with Court One -- affectionately dubbed 'The Bullring' -- set to be demolished to open up public spaces even more, it will be one of the event's showcase arenas.

Two other courts, right in the shadow of the centre-piece 15,000-capacity Philippe Chatrier Court will also be new additions.

Demolished already, however, is the popular art-deco Court Two.

"It was time for the complex to have a fresh look. It was starting to get a little outdated," 24-year-old Jordan Sacksick, a spectator watching qualifying this week, told AFP.

"The whole place is more airy."

Once the 358 million euro transformation is completed in time for the 2021 French Open, the Philippe Chatrier court will boast a retractable roof.

As well as making rain delays a thing of the past, the roof will facilitate lucrative night sessions which are expected to generate between 100,000-150,000 extra ticket sales in the two-week event.

Despite the new-look Roland Garros expanding from 8.5 hectares to 12.5 hectares, it will remain the smallest of the four Slams.

Wimbledon stretches out over 17.7 hectares, the US Open spreads for 18.8 while the Australian Open boasts plenty of elbow room at 20 hectares.

Wimbledon and the US Open will have two roofed courts; Melbourne already has three.

"We are not trying to battle to be the biggest or to be all about quantity. It's rather about quality," said Christophe Fagniez, the French federation's director general.

Comments
Topics mentioned in this article
Novak Djokovic Rafael Nadal Tennis
Get the latest Cricket news, check out the India cricket schedule, Cricket live score . Like us on Facebook or follow us on Twitter for more sports updates. You can also download the NDTV Cricket app for Android or iOS.