Even For Roger Federer, Rafael Nadal At The French Open Is Just Impossible

In their 39th career meeting and the most anticipated tennis match in years, Nadal outplayed Federer in every facet of the game 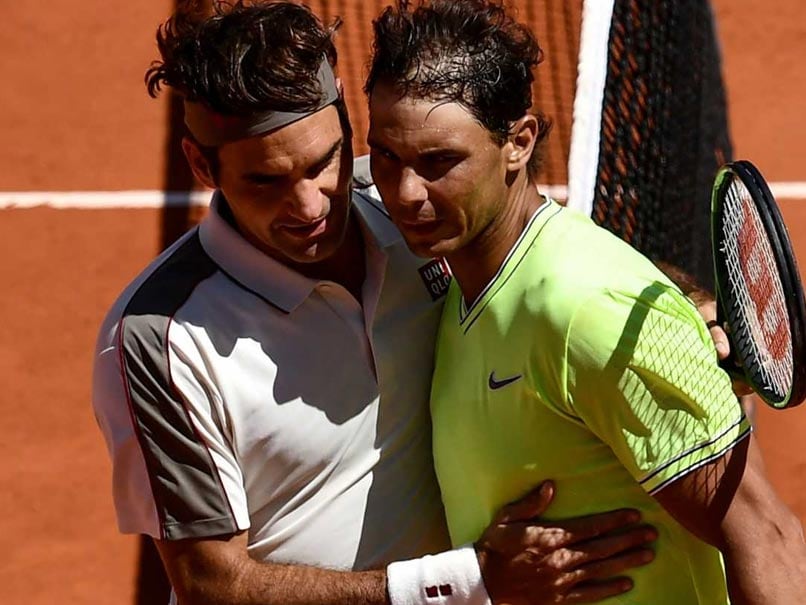 Roger Federer will go down in tennis history as the game's most artful practitioner© AFP
Paris :

With 20 Grand Slam titles and unparalleled grace, Roger Federer will go down in tennis history as the game's most artful practitioner and, in the view of many, its greatest player.

But Federer will step away from the sport, at some point in the not-too-distant future, never having solved the impossible problem that is Rafael Nadal on the red clay of Roland Garros.

In their 39th career meeting and the most anticipated tennis match in years, Nadal outplayed Federer in every facet of the game Friday on Court Philippe Chatrier, where the Spaniard mastered not only the Swiss but maddening gusts of wind to claim a 6-3, 6-4, 6-2 victory that clinched a spot in Sunday's French Open final. There, Nadal will face world No. 1 Novak Djokovic or Austria's Dominic Thiem for a chance to extend his record 11 French Open championships and claim an 18th major title that would nudge him closer to Federer's record 20.

The Djokovic-Thiem semifinal was suspended because of rain, with the fourth-seeded Thiem leading 6-2, 3-6, 3-1, and will resume Saturday at noon (6 a.m. Eastern time).

With his victory, Nadal snapped a five-match losing streak to Federer, improving his career record against the Swiss to 24-15. His career record in matches at the French Open stands at 92-2.

Nadal achieved it against an opponent who played well yet never managed to take charge on the tricky red clay of Chatrier, which Nadal has turned into his personal fiefdom these last 14 years.

Federer had no trouble acknowledging Nadal's supremacy on the surface.

"He makes you feel uncomfortable, the way he defends the court and plays on clay," Federer said afterward. "There is nobody who even plays remotely close to him."

Federer confessed that he was so stymied by Nadal's heavy strokes and relentless retrieval skills that his mind wandered, at one point during the match, to the fact that it was impossible to find a similar left-handed sparring partner to help him practice and prepare for matches against the Spaniard because he was such an outlier.

Nadal, informed of the comment, tipped his hat to the Swiss in return.

"Well, I don't find any sparring partners, either, playing like Federer," Nadal said with a smile. "There are no two people like Federer on this planet - luckily, actually."

So much had changed since the two first played each other at the French Open, meeting in the 2005 semifinals, at 23 and 19, brimming with the promise of greatness in their starkly contrasting strokes and tactics.

Through their rise in tennis, throughout their prime and amid the revered status each now holds, Federer and Nadal have served as each other's greatest benchmark.

Time has not dimmed their brilliance or dulled the significance of their rivalry.

But on Friday, as was the case all five previous times they had met at the French Open, Nadal was superior in every way.

Their semifinal got underway shortly after 1 p.m. here, following a morning rain that left gray skies and 15-mph winds in its wake.

The wind gained strength as the match unfolded, gusting with such fury that trees swayed, flags made snapping sounds and the court's clay kicked up like toxic clouds of red dust.

In truth, each was battling two opponents rather than the customary one: The player across the net and the wind that toyed with timing, service tosses and strategy.

"The conditions out there today have been so hard, so difficult to manage," Nadal said afterward. It "was the day to be just focused, accept all the adversities, and just be focused and positive all the time."

Of the two, Nadal adapted more easily. Then again, his topspin-heavy strokes have more margin of error. Federer's shots, by contrast, are typically surgically precise. And the effectiveness of his serve resides in its placement rather than power.

For the Swiss, all of that went on the window. Federer tried lowering his ball toss to limit the wind's effect, and the percentage of first serves that he landed nose-dived - 80% in the first set, 53% in the second set and an unspeakable 38% in the final set.

"You get to a point where you're just happy to make shots and not look ridiculous," said Federer, famously known for never looking ridiculous on court. "I mean, it's that bad."

Nadal claimed the opening set with a two-fisted, cross-court backhand winner, thunderstruck as he slid well out of court to retrieve it.

After that, the crowd in 15,000-seat Chatrier lined up fiercely behind Federer. If this was to be Federer and Nadal's final meeting at a Grand Slam - almost certainly, their final meeting at the French Open - they wanted it to go on forever.

Federer got off to a promising start in the second set, breaking Nadal for a 2-0 lead. But the Spaniard broke back despite the wind being at Federer's back, and the momentum never swung back.

Where Federer erred, on the rare moments that he hit a truly regrettable shot, it was in misreading Nadal's retrieval skills. More than once, the Swiss tried a crafty back-spinning drop shot that would have been a winner against 99% of opponents lurking so far behind the baseline, only to watch Nadal run the ball down and fire it back for a winner.

Point after point, wherever Federer went with the ball, Nadal anticipated as if telepathically wired.

Trailing two sets to none, Federer was determined to stay positive, telling himself that it was simply as if a new, best-of-three-sets match were just starting.

But nothing changed about the devilish wind. And Nadal, sensing victory, only got stronger.

In many respects, it was a victory for Federer, nonetheless. He hadn't competed at the French Open in four years, having been sidelined by injury in 2016 and skipped the sport's most grueling major in 2017 and 2018 to focus on his grass-court preparation for Wimbledon, where he has won eight of his 20 Grand Slam titles.

Federer returned to the French Open this year with few expectations, he said at the outset, and reached the semifinals, where his run was halted by a clay-court master.

"I don't think I played poorly in the wind today," said Federer, who seemed at peace with the outcome. "It's just, it's tough on clay. . ..[Nadal is] the best clay-court player, so I can accept that. It's not a problem."

(This story has not been edited by NDTV staff and is auto-generated from a syndicated feed.)
Comments
Topics mentioned in this article
Roger Federer Rafael Nadal Tennis
Get the latest updates on IND vs NZ 2021, check out the Schedule and Live Score . Like us on Facebook or follow us on Twitter for more sports updates. You can also download the NDTV Cricket app for Android or iOS.