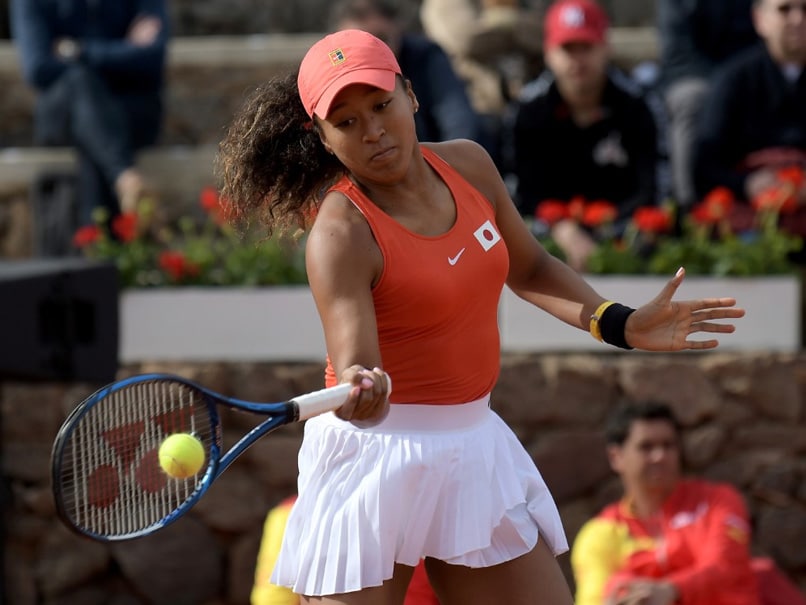 Naomi Osaka made an astonishing 50 unforced errors in the 15 games.© AFP

A tearful Naomi Osaka followed up her Australian Open disappointment with another surprise defeat on Friday when she was beaten 6-0, 6-3 by world number 78 Sara Sorribes Tormo in the Fed Cup. Spain took an unexpected 1-0 lead over Japan in the tie in Cartagena after Sorribes Tormo capitalised on a careless performance from Osaka, who made an astonishing 50 unforced errors in the 15 games. Sorribes Tormo enjoyed the backing of a sizeable home crowd at La Manga Club and her consistency proved too much for Osaka, who has never played her best on clay.

"We knew that Sara had the game to make it very uncomfortable for Naomi," Spain captain Anabel Medina Garrigues said.

"She stuck to the game plan perfectly."

Osaka, a two-time Grand Slam champion, has endured a shaky start to the year after being knocked out by 15-year-old American sensation Coco Gauff last month in Melbourne, where she had lifted the trophy in 2019.

Yet since claiming her second consecutive major triumph, Osaka has dipped, failing to go past the fourth round in any of the four Grand Slams since.

The 22-year-old, who has dropped to number 10 in the world, surrendered the first set to Sorribes Tormo in a swift 27 minutes before putting up more of a fight in the second.

But after leading 2-0, Sorribes Tormo came back and a break midway through proved decisive, with a clearly disappointed Osaka struggling to contain her emotions at the finish.

Comments
Topics mentioned in this article
Naomi Osaka Tennis
Get the latest updates on IPL Auction 2023 and check out  IPL 2023 and Live Cricket Score. Like us on Facebook or follow us on Twitter for more sports updates. You can also download the NDTV Cricket app for Android or iOS.