Naomi Osaka overcame a mid-match fit of pique to set up a potential third-round clash with 15-year-old prodigy Coco Gauff on Wednesday. 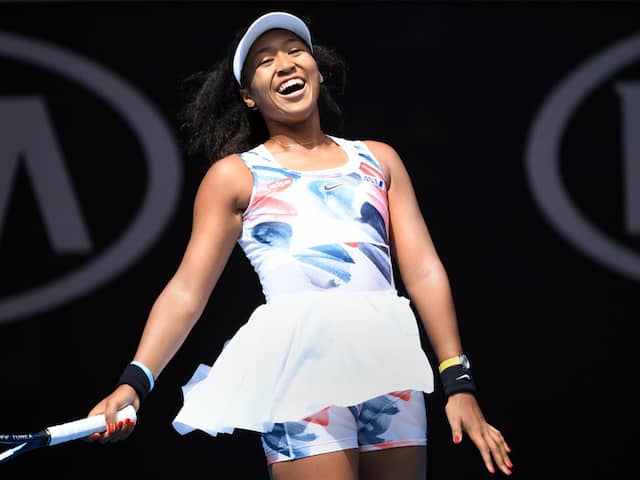 Reigning Australian Open champion Naomi Osaka overcame a mid-match fit of pique to set up a potential third-round clash with 15-year-old prodigy Coco Gauff on Wednesday. The third seed from Japan dealt better with the blustery Melbourne conditions to defeat China's 42nd-ranked Zheng Saisai 6-2, 6-4. Talented American Gauff, who stunned seven-time Grand Slam champion Venus Williams in her opener, plays Romania's Sorana Cirstea later on Wednesday in her second round match. There was a flash of temper from the 22-year-old Osaka when Zheng broke early in the second set, throwing her racquet to the floor, then giving it a kick for good measure.

The two-time Grand Slam champion also threw down a ball and tossed the racquet down again as she slumped to her chair, covering her head with her towel.

"I just wanted to fight, I've been in this position before on this court (a break down in the second set) and I was thinking that I really don't want to play a third set this time," Osaka said.

The Japanese former world number one knows that as the title holder "people want to beat me more".

"I did not deal well with that after this tournament (last year), I tell you," she admitted.

The hard-hitting Osaka broke the Chinese in her first service game, only for Zheng to strike back immediately.

But the Chinese struggled with her serve in the Melbourne breeze and conjured up two double faults on the trot to go down 4-2.

Osaka wrapped up a dominant first set in 34 minutes with a stinging forehand.

After the blip of dropping her serve at the start of the second set, Osaka wrestled two breaks back, sealing victory when Zheng again double-faulted.

Comments
Topics mentioned in this article
Naomi Osaka Coco Gauff Tennis
Get the latest Cricket news, check out the India cricket schedule, Cricket live score . Like us on Facebook or follow us on Twitter for more sports updates. You can also download the NDTV Cricket app for Android or iOS.