Naomi Osaka was an early winner as she dismissed Marie Bouzkova of the Czech Republic 6-2, 6-4 in 80 minutes. 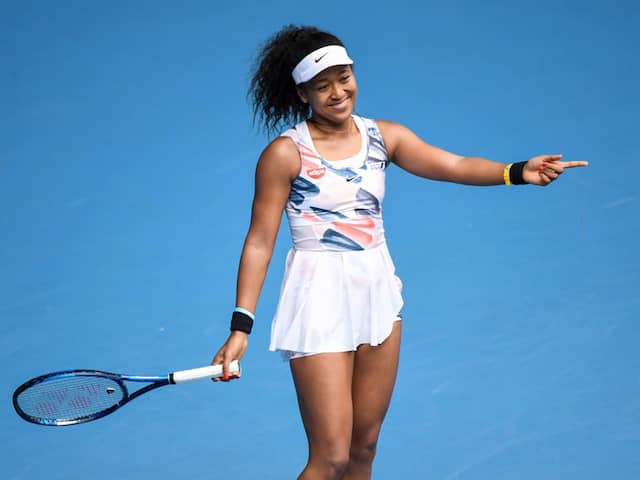 Naomi Osaka made a winning start to her title defence at the Australian Open on Monday as the Grand Slam tournament began on schedule after a build-up hit by haze from raging bushfires. Hazardous smog left several players with coughs and breathing difficulties during qualifying last week, prompting speculation about whether the tennis season's first Major would be delayed. But a full roster of matches began on time under cloudy skies at Melbourne Park, with air quality rated as 'good' and rain forecast.

Japan's Osaka was an early winner as she dismissed Marie Bouzkova of the Czech Republic 6-2, 6-4 in 80 minutes, breaking a net fitting with one powerful serve in the process.

Swiss great Roger Federer, 38, plays America's Steve Johnson as he looks to keep ahead of his Big Three rivals by winning his 21st Grand Slam title.

Player anger over smog dominated the final days before the tournament, which is taking place after deadly bushfires ravaged large parts of the country.

'I was coughing a lot'

"After I practised indoors I felt really bad with my lungs," said Greece's Stefanos Tsitsipas, the world number six.

"I was coughing a lot had troubles breathing for a couple of hours," he added.

Federer was one of the competitors who criticised a lack of communication from tournament officials, who were forced to suspend practice and delay qualifying.

"You have court calls, then you look at the haze and everything, it doesn't look good. How far are we from that threshold of playing, not playing?" Federer said.

Australian world number one Ashleigh Barty, fresh from winning the Adelaide International on Saturday, is one of the main attractions on Monday when she plays Ukraine's Lesia Tsurenko in an evening match.

Others on court include sixth seed Tsitsipas and Denmark's Caroline Wozniacki, who is playing her last tournament before retiring.

Federer is seeking a 21st Grand Slam crown and his first since Melbourne Park in 2018.

But the Swiss star, who is targeting a seventh Australian title, is playing down expectations in his first competitive match of the year.

"He's match-ready and I'm not," Federer said of Johnson. "I got to really make sure I get out of the gates quick."

Comments
Topics mentioned in this article
Naomi Osaka Tennis
Get the latest Cricket news, check out the India cricket schedule, Cricket live score . Like us on Facebook or follow us on Twitter for more sports updates. You can also download the NDTV Cricket app for Android or iOS.