Naomi Osaka posted a picture with her 2018 US Open final counter-part Serena Williams on Twitter but what stood out was her caption. 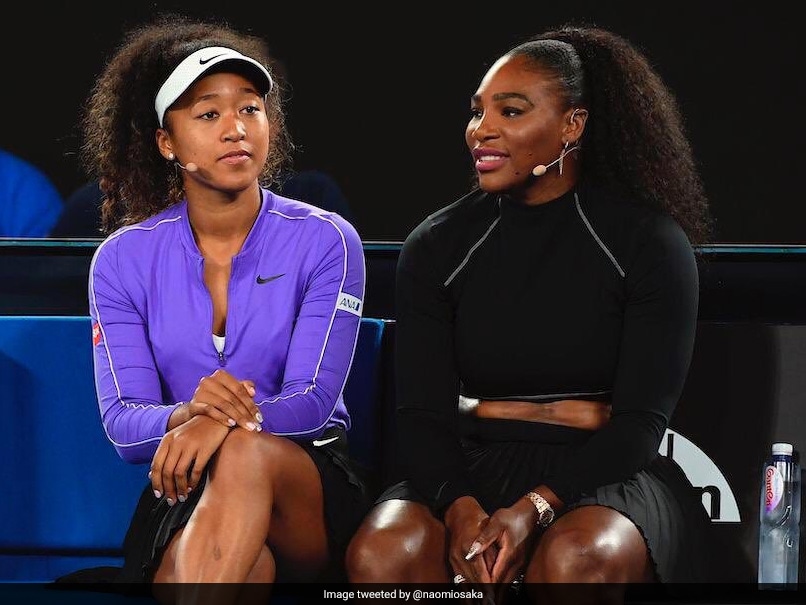 Naomi Osaka and Serena Williams clicked together at an exhibition match.© AFP

Naomi Osaka and Serena Williams were among the tennis stars who turned out at Rod Laver Arena on Wednesday to raise money for bushfire relief after Australia saw a horrific summer. Naomi Osaka, 22, posted a picture on Twitter with her 2018 US Open final counter-part Serena Williams. But what stood out in the picture was the caption given by Japan's Naomi Osaka. "Me and my mom lol," Naomi Osaka captioned the picture.

me and my mom lol. pic.twitter.com/HvCoPpgShm

Australian star Nick Kyrgios had proposed the idea of fund raising match, via a tweet, which said, "C'mon @TennisAustralia surely we can do a pre @AustralianOpen exho to raise funds for those affected by the fires?".

Come out in your green and gold in Sydney this Thursday and support #TeamAustralia in the @ATPCup quarter finals at 10am. https://t.co/g27WPldXK1

Swiss legend Roger Federer, Kyrgios and Rafael Nadal were all present for the exhibition match which was held at a jam-packed arena.

Defending champion Naomi Osaka, meanwhile, will be among her genuine challengers.

In 2018, Osaka became the first Japanese to win a Grand Slam singles title by beating Serena.

Osaka beat Serena 6-2, 6-4 in the controversial match which saw the American enraged by umpire Carlos Ramos's warning for receiving coaching from her box

Comments
Topics mentioned in this article
Naomi Osaka Serena Williams Roger Federer Nick Kyrgios Tennis
Get the latest updates on ICC T20 Worldcup 2022 and CWG 2022 check out the Schedule, Live Score and Medals Tally. Like us on Facebook or follow us on Twitter for more sports updates. You can also download the NDTV Cricket app for Android or iOS.