Somdev Devvarman says that there was zero communication from the tennis association on their demands and that the matter could have been resolved in a more ethical, professional manner as all the players were willing to play for the country. 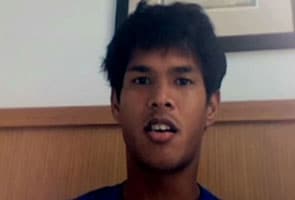 Somdev Devvarman has said that the All India Tennis Association has been extremely unprofessional in handling the demands made by protesting players and that he is bitterly disappointed with their approach to the entire matter.

Speaking to NDTV on Saturday, Somdev said that there was zero communication from AITA. This a day after the body named the Davis Cup team, leaving the 'rebel players' out. "There is zero communication, there is zero professionalism and regardless of what the players have been trying to say, there just isn't any. Actually, this is a good thing because this has been going on for the part 20 years and hopefully, someone can bring in some change," he said.

Eight players had threatened to boycott the Davis Cup tie if their demands were not met. Devvarman, Mahesh Bhupathi, Rohan Bopanna, Yuki Bhambri, Sanam Singh, Vishnu Vardhan, Divij Saran and Sanam Singh had signed a statement against "certain practices observed in the management of the Davis Cup squad" in what they said was an effort to improve Indian tennis.

"We are not asking for the moon. What players are asking for is to be kept in the light of what's going on, what's happening, what changes are being made and when we raise concerns, we just want them to be dealt with professionally," said the 27-year-old. "We are just asking for basic rights that we feel players deserve."

A day earlier, it was learnt that all the players had made themselves available for selection after AITA officials agreed to additional concessions. The protesting players though wanted the same in writing. "Every one of us would have made ourselves available and would have played if the situation was dealt with in a professional manner. Nothing was given to us in writing, nothing was even said to us by any of the selection committee or any of the executive committee. All we heard was the last message they sent to us on the 6th of January,"clarified Somdev.

A second-string Indian side with Leander Paes will now take on South Korea in the Davis Cup tie from February 1-3.

Comments
Topics mentioned in this article
Tennis Somdev Devvarman
Get the latest updates on ICC T20 Worldcup 2022 and CWG 2022 check out the Schedule, Live Score and Medals Tally. Like us on Facebook or follow us on Twitter for more sports updates. You can also download the NDTV Cricket app for Android or iOS.