Yuki Bhambri pulled out of the competition after his knee injury flared up at the US Open. 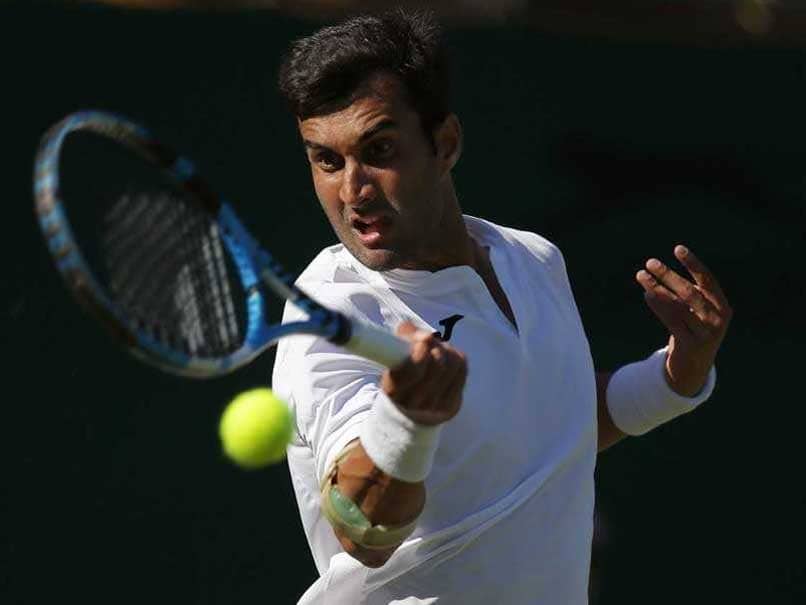 Yuki Bhambri lost his first round to Frenchman Pierre-Hugues Herbert at the 2018 US open.© AFP

India's top singles player Yuki Bhambri and Asian Games gold-medallist Divij Sharan have pulled out of the Davis Cup World Group Play-off tie against Serbia due to injuries while Sumit Nagal has refused to join the team as a stand-by due to prior commitments. Sharan, who won the men's doubles gold with Rohan Bopanna in Palembang, has suffered a tear in his shoulder and Bhambri's knee injury flared up at the US Open, where he lost in the first round to Frenchman Pierre-Hugues Herbert. Saketh Myneni, who was a reserve in the six-man squad, will now be a playing member, replacing Bhambri. N Sriram Balaji has replaced Sharan while talented Pune player Arjun Kadhe will now travel to Kraljevo as a reserve player for the September 14-16 tie.

"They have pulled out due to injuries. Divij had undergone an MRI in the US and he said it revealed a minor tear which will require at least three weeks to heal. Yuki also has a knee issue," AITA selection committee chairman S P Misra told PTI.

Asked about Nagal as a possible replacement, Misra said AITA reached out to him but he preferred to play Challenger tournaments in Poland during that time. "We asked him to come as a replacement for Yuki but he said he would prefer playing Challengers," Misra said.

AITA secretary Hironmoy Chatterjee said Nagal's decision "surprised" the Federation. "He said Ramkumar and Prajnesh will play singles matches and he has to come as a stand-by, so he would play Challengers. He said if he is needed, he will join but we do not pick players on conditions. We have told him, he will not be considered for this tie," Chatterjee said.

"For future ties, we will discuss, if he will be considered or not," Chatterjee said. Nagal, who has lost nine straight first round matches, explained his reasons for his decision. He said initially he had said no because of a shoulder problem as he was not sure about his comeback.

"After a week or two, I got another mail, asking If I will play, I said,'I am happy to come there but I have already committed to my schedule'. I was to play a Challenger in Italy and qualification of a Challenger in Poland. I said once I finish, I am ready to travel to Serbia next flight.

"They did not like it as they wanted me to be there on Saturday night. Looking at my situation, in the last three ,months, it would have been tough for me to miss the last two tournaments on clay. I asked them if they can help me get a main draw spot after the Serbia tie but they said they can't help," the 21-year-old said. India captain Mahesh Bhupathi said,

"we will go and try our best to be competitive as always." Asked to react on Nagal's refusal, Bhupathi said, "I never have a view on anything to be honest." World number 33 Filip Krajinovic will lead the home challenge in the tie, to be played on clay courts.

The last time India played Serbia was in Bengaluru in 2014 at the World Group Play-off stage, losing 2-3.

Comments
Topics mentioned in this article
Tennis Yuki Bhambri Rohan Bopanna Divij Sharan
Get the latest updates on IPL 2021, IPL Points Table , IPL Schedule 2021 , live score . Like us on Facebook or follow us on Twitter for more sports updates. You can also download the NDTV Cricket app for Android or iOS.