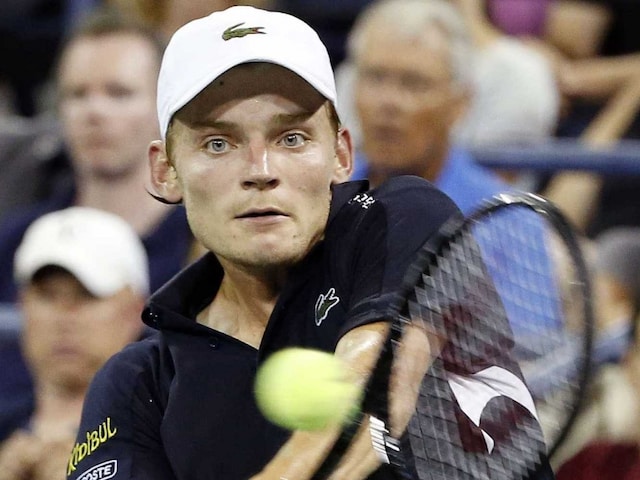 Second-seeded Gael Monfils of France also went through to the last four, hitting 12 aces in a convincing 6-3, 6-4 win against seventh-seeded Jerzy Janowicz of Poland. Monfils did not face a single break point, while breaking the Polish player's serve twice.

Looking to win the Moselle title for the third time, Tsonga dominated the first set, hitting five aces and converting both of his break points.

The players traded breaks in the third set before Tsonga saved two break points at 15-40 down in the 11th game. But he missed a chance to win it and Goffin seized his next opportunity before serving out victory on his second match point.

The 45th-ranked Goffin's only career title was on outdoor clay in Kitzbuehel, Austria in August, while the 61st-ranked Struff plays his third semifinal of the season, having lost to Italy's Fabio Fognini on outdoor clay in Munich and to Tsonga on hard courts in Marseille.

Kohlschreiber, meanwhile, was clearly in difficulty and had already dropped serve three times when he stopped.

Comments
Topics mentioned in this article
David Goffin Jo-Wilfried Tsonga Jan-Lennard Struff Philipp Kohlschreiber Tennis
Get the latest Cricket news, check out the India cricket schedule, Cricket live score . Like us on Facebook or follow us on Twitter for more sports updates. You can also download the NDTV Cricket app for Android or iOS.