Daria Gavrilova, who only received her Australian passport in recent weeks, chastised herself, repeatedly threw her racquet and kicked a ball in disgust in front of the sell-out crowd and global television audience at the Australian Open. 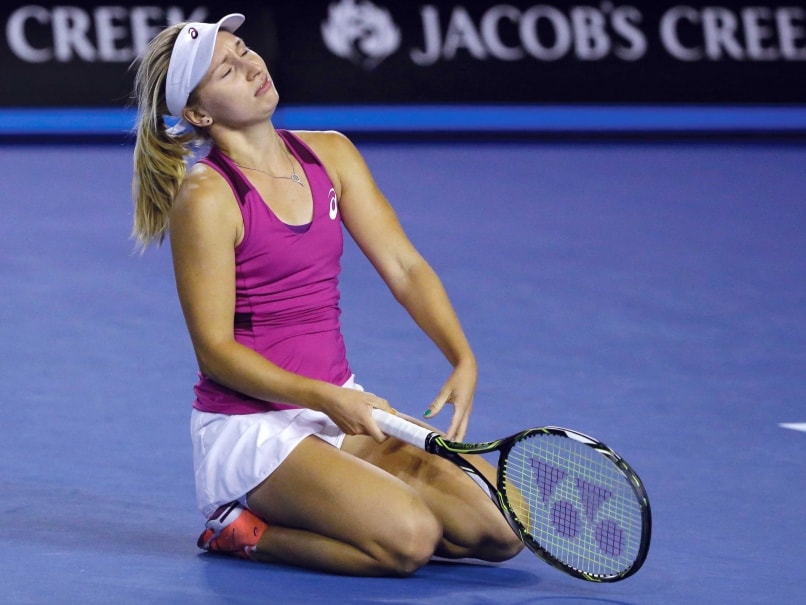 Daria Gavrilova has been a breakout star at the Australian Open, winning legions of new fans with her formidable game and sunny disposition.© AP
Melbourne:

New Australian tennis star Daria Gavrilova has shown refreshing humility by admitting she acted like "a little girl" and needed to learn from it after a mid-match meltdown at the Australian Open.

The Moscow-born Gavrilova, who only received her Australian passport in recent weeks, has been a breakout star at Melbourne Park, winning legions of new fans with her formidable game and sunny disposition.

But she had a centre-court tantrum against experienced Spaniard Carla Suarez in the fourth round on Sunday night. After winning the opening set 6-0, she lost focus to crash 6-3, 6-2 in the next two sets and lose.

In shades of madcap compatriot Nick Kyrgios, the 21-year-old chastised herself, repeatedly threw her racquet and kicked a ball in disgust in front of the sell-out crowd and global television audience.

"I got emotionally fried in the second set. I was getting angry with myself, just showing way too much emotion.

"I've never played that deep in a Grand Slam, so maybe that's why. (But) It's not acceptable. I don't know why I did that. I was terrible."

Gavrilova, who upset sixth seed Petra Kvitova and 28th seed Kristina Mladenovic before 10th seed Suarez brought her back to earth, said she felt she handled herself "very well" in her first three matches.

"I was very happy about that and proud. But, like I said, I'm very disappointed about tonight," she said of the Suarez match.

Since bursting into the spotlight in Melbourne, Gavrilova, the WTA's Newcomer of 2015, has had to deal with a huge amount of attention, a situation that has come as a shock.

But she is adamant she can deal with it.

"It's all happening for the first time in my life, so I just go with," she said. "I've got people that help me with everything. They're guiding me."

Comments
Topics mentioned in this article
Daria Gavrilova Tennis
Get the latest updates on IPL 2021, check out the IPL 2021 Schedule and Indian Premier League Live Score . Like us on Facebook or follow us on Twitter for more sports updates. You can also download the NDTV Cricket app for Android or iOS.