Daniil Medvedev battled back from a set down to topple Alexander Zverev and power Russia into the ATP Cup final Saturday. 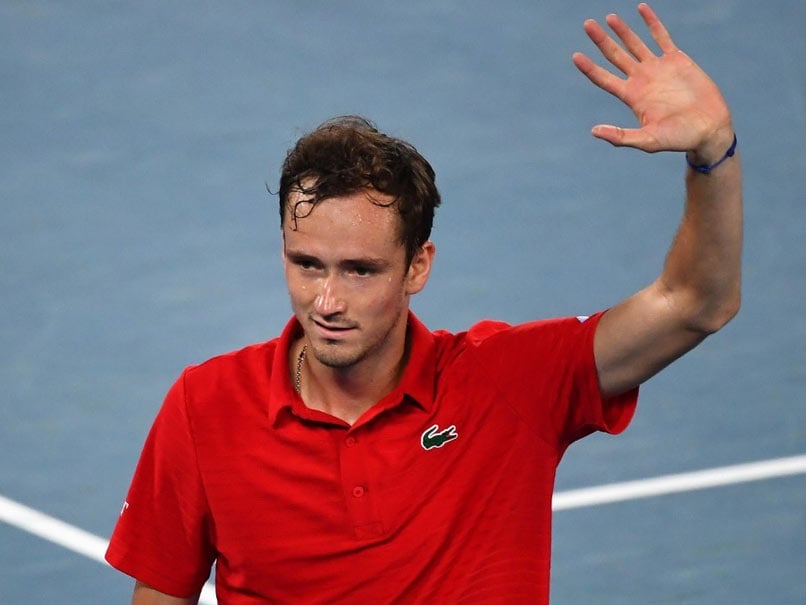 Daniil Medvedevbattled back from a set down to topple Alexander Zverevand power Russia into the ATP Cupfinal Saturday where they will meet the Matteo Berrettini-led Italy. The world number four needed to dig deep against the German world number seven, finally coming through 3-6, 6-3, 7-5 on his fourth match point after a marathon battle on Rod Laver Arena in Melbourne.

He sealed the tie after Andrey Rublev, who won five ATP titles last year as he raced up the rankings, also pulled off a come-from-behind win, grinding down Jan-Lennard 3-6, 6-1, 6-2.

"It was a crazy match. I was happy to win even though there were a lot of things I didn't like in the match," said Medvedev, who has enjoyed a perfect preparation for next week's Australian Open.

"But most important was getting the win for our country. There were big downs and big ups, just normal tennis."

Zverev, who needed a medical timeout for a tight lower back towards the end of the second set,  heads into the Australian Open having beaten world number 12 Denis Shapovalov and pushed top-ranked Novak Djokovic deep into a third set, before his defeat to Medvedev.

He was handed a wake-up call by the aggressive German, who took the first set before the world number eight clicked into gear.

"The first set I was really nervous, plus he was attacking a lot," said Rublev, 23.

"So I needed to change and go for my shots and I raised my level, I started to play more aggressive."

Russia will face Italy on Sunday after they came out on top of the other semi-final against Spain, who were again without the injured Rafael Nadal.

Berrettini sealed his country's spot with a 6-3, 7-5 victory against Roberto Bautista Agut, after Fognini clawed past Pablo Carreno Busta 6-2, 1-6, 6-4.

"It's an unbelievable feeling," Berrettini said. "The job is not done yet, but we are really happy for what is happening."

Serbia beat Spain in the final of the inaugural and hugely popular tournament last year in Sydney -- launched as a rival to the Davis Cup.

It has been slimmed down from 24 teams to 12 this year due to the coronavirus over five days at Melbourne Park with $7.5 million at stake, rather than the multi-city format employed in 2020.

Comments
Topics mentioned in this article
Daniil Medvedev Alexander Zverev Tennis
Get the latest updates on Olympics 2020, Olympics 2020 Medal Tally, Live Cricket Score . Like us on Facebook or follow us on Twitter for more sports updates. You can also download the NDTV Cricket app for Android or iOS.