The French Open, which Rafael Nadal has won a record 12 times, has been postponed until September, shortly after the US Open, while Wimbledon was cancelled earlier this month for the first time since World War II. 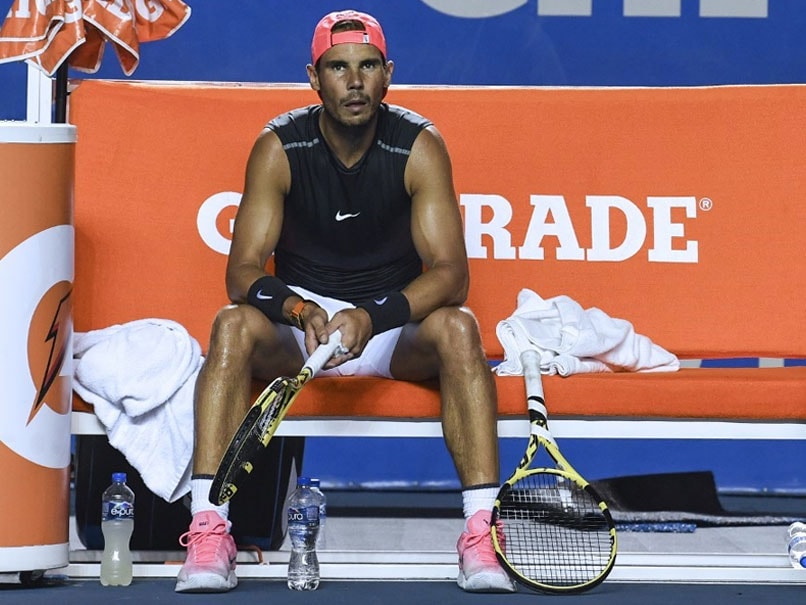 Rafael Nadal thinks there is no chance tennis tournaments will start any time soon.© AFP

Rafael Nadal thinks the global nature of tennis means there is little chance tournaments will go ahead any time soon as sport continues to be paralysed by the coronavirus pandemic. Novak Djokovic also anticipates a lengthy delay before tennis can be played even behind closed doors, with the world number one expecting players to have to wait a "few months".

The French Open, which Nadal has won a record 12 times, has been postponed until September, shortly after the US Open, while Wimbledon was cancelled earlier this month for the first time since World War II.

But the prospect of either grand slams at Roland Garros or Flushing Meadows being played with fans appears increasingly remote.

"Tennis is a global sport," Nadal told Spanish radio station Onda Cero on Wednesday night. "We go from country to country and a lot of people have to move around.

"It seems difficult to me for any big tournament to be played in the short or medium term."

Football's major leagues are preparing to play behind closed doors for several weeks to complete their seasons and avoid losing considerable sums of money from broadcasting contracts.

But tennis tournaments are more reliant on fans for their income, making it more complicated to stage competitions in empty stadiums.

"It is not an easy decision," Djokovic told the same programme. "I am ready but I think we have to wait a few months."

"If you could play behind closed doors, I would be delighted but I think it's very difficult," added Nadal.

Novak Djokovic
Get the latest updates on T20 World Cup, check out the T20 World Cup Schedule and Live Score . Like us on Facebook or follow us on Twitter for more sports updates. You can also download the NDTV Cricket app for Android or iOS.