Novak Djokovic believes the tennis season will restart with a series of regional tournaments because of the complexities of easing coronavirus restrictions worldwide that would allow players to travel. 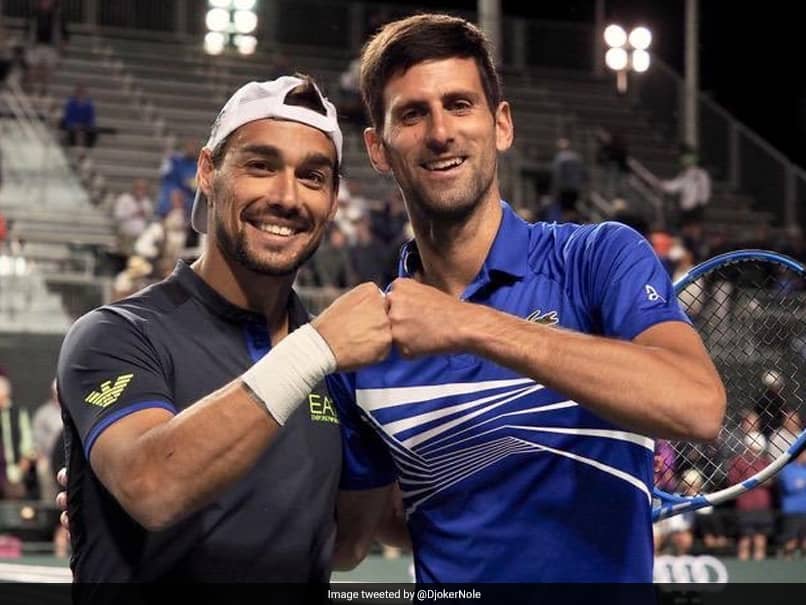 Novak Djokovic believes the tennis season will restart with a series of regional tournaments because of the complexities of easing coronavirus restrictions worldwide that would allow players to travel. The ATP and WTA Tours were suspended last month and will not resume until mid-July at the earliest following the postponement of Roland Garros and the cancellation of Wimbledon.

"I think there will be more regional prize money tournaments. I think this is what's going to happen very soon," Djokovic said on Tuesday during an Instagram live chat with Fabio Fognini.

"I don't know what's going to happen with quarantine. Spain, Italy, and all the other countries in the world will probably have different models (to come out of it)."

"It will be difficult to start the tour because our tour is every week in different countries," he added.

"So I think there will be regional prize money tournaments, but probably not (rankings) points at the moment because it's very complicated."

Fognini, the world number 11 from Italy, said it would be "really tough" to play again this season.

"You (Djokovic) coming from Serbia where the confinement is finishing May 20, but in Spain it will be June 25... it's quite difficult to pretend to play tournaments again," he said.

"Can you imagine one Grand Slam final without anybody?" said Fognini. "In my opinion it's quite difficult (playing behind closed doors) but I understand there's a reason behind that."

Novak Djokovic Fabio Fognini Tennis
Get the latest updates on IPL 2020, check out the IPL Schedule for 2020 and Indian Premier League (IPL) Cricket live score . Like us on Facebook or follow us on Twitter for more sports updates. You can also download the NDTV Cricket app for Android or iOS.