Coco Gauff rebuked her father for swearing on Wednesday, when he said "damn" while coaching her during a match. 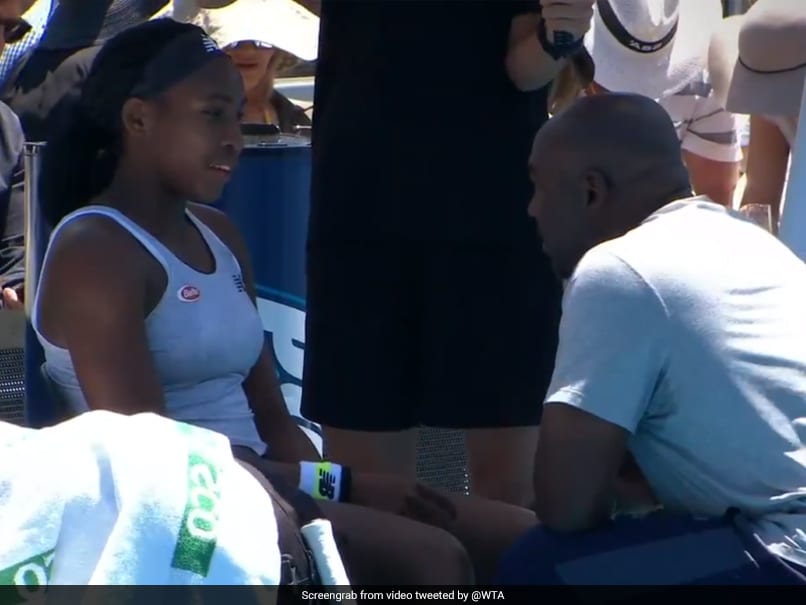 Coco Gauff was knocked out of the WTA Auckland Classic on Thursday.© Twitter

Tennis prodigy Coco Gauff was quick to rebuke her father for swearing on Wednesday -- when he said "damn" while coaching her during a match. Corey Gauff, father and coach of the 15-year-old sensation, was put in his place after his daughter took the first set against Laura Siegemund at the WTA Auckland Classic. "You know the one thing you did in the last three games, you didn't give up no free points on her damn serve," Corey said at the changeover, earning a swift response.

"You can't curse... you said the D word," said Coco, brushing off her father's explanation that "that don't really count".

"In some places it does," she insisted with a smile.

Unfortunately for Coco neither the pep talk nor the curse helped as Germany's Siegemund bounced back to win 5-7, 6-2, 6-3.

Gauff last year became the youngest player to make the main draw at Wimbledon, where she progressed all the way to the fourth round -- beating her idol Venus Williams along the way.

(This story has not been edited by NDTV staff and is auto-generated from a syndicated feed.)
Comments
Topics mentioned in this article
Coco Gauff Tennis
Get the latest updates on IPL 2021, IPL Points Table , IPL Schedule 2021 , live score . Like us on Facebook or follow us on Twitter for more sports updates. You can also download the NDTV Cricket app for Android or iOS.