Cincinnati Open: Leander Paes-Alexander Zverev Crash Out In First Round 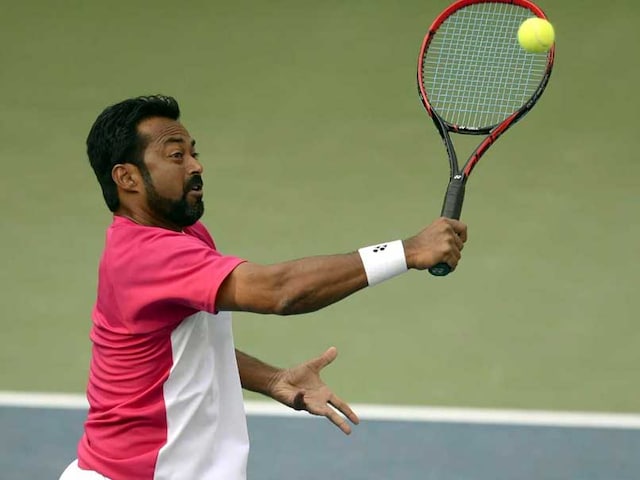 Indian tennis star Leander Paes and his German partner Alexander Zverev crashed out of the 2017 Western and Southern Open in Cincinnati in the opening round of the men's doubles event on Wednesday. The Indo-German pair went down to the Spanish Duo of Feliciano Lopez and Marc Lopez 2-6, 7-6 (7-2), 10-6 in a closely-fought contest which lasted an hour and 21 minutes. Following the defeat, Zverev, who made his partnership debut with Paes, said that it was fun playing with the 44-year-old.

"I know him quite well. He's a good guy. Unfortunately we lost today, but it was fun playing with him," the ATP website quoted Zverev as saying.

The right-hander said doubles can improve his singles game. "The serve and return helps. You get used to the conditions a little bit more, the match conditions. That's very good. Obviously the volleys improve," Zverev said.

However Zverev, who is world number seven in the Emirates ATP rankings said that he doesn't plan on playing doubles too often in the near future.

The Spaniards will next take on fourth seeded American twins Bob and Mike Bryan in the second round. Meanwhile, Rohan Bopanna and Ivan Dodig of Croatia have got a first round bye.

Comments
Topics mentioned in this article
Leander Paes Alexander Zverev Tennis
Get the latest Cricket news, check out the India cricket schedule, Cricket live score . Like us on Facebook or follow us on Twitter for more sports updates. You can also download the NDTV Cricket app for Android or iOS.