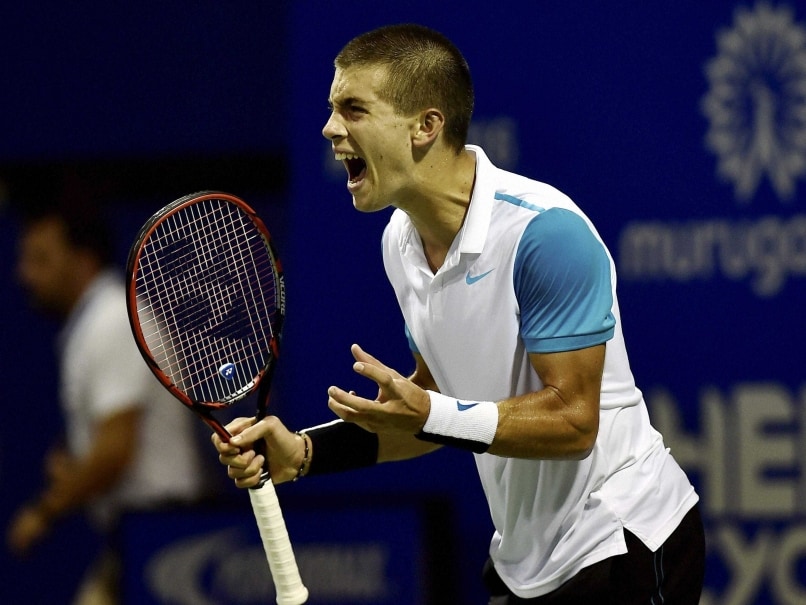 Borna Coric of Croatia reacts after winning the first set against Marcel Granollers during their first round match in Chennai Open 2016.© PTI
Chennai:

Croatian players Borna Coric and Ante Pavic each earned three-set wins over Spanish opponents on Monday to reach the second round of the Chennai Open.

The 44th-ranked Coric made several forehand errors but got his game together for his second win over Granollers.

"It was a very tough match in one of the hottest conditions I've ever played in," Coric said. "I made some mistakes in the second set but I was a little nervous as it was the first match of the season."

Pavic saw 73rd-ranked Almagro start fluently to take the first set with the help of six aces but came back strongly to take the next two.

"This is the biggest win of my career," 449th-ranked Pavic said.

The field is led by fourth-ranked Stan Wawrinka, who is looking for a third consecutive title in Chennai and fourth overall. The 30-year-old French Open champion has a first-round bye.

Comments
Topics mentioned in this article
Borna Coric Ante Pavic Tennis
Get the latest updates on IPL 2020, check out the IPL Schedule for 2020 and Indian Premier League (IPL) Cricket live score . Like us on Facebook or follow us on Twitter for more sports updates. You can also download the NDTV Cricket app for Android or iOS.