Bianca Andreescu was billed as the top-seed in Auckland WTA Classic but she has been forced out by "ongoing knee issues", tournament organisers said. 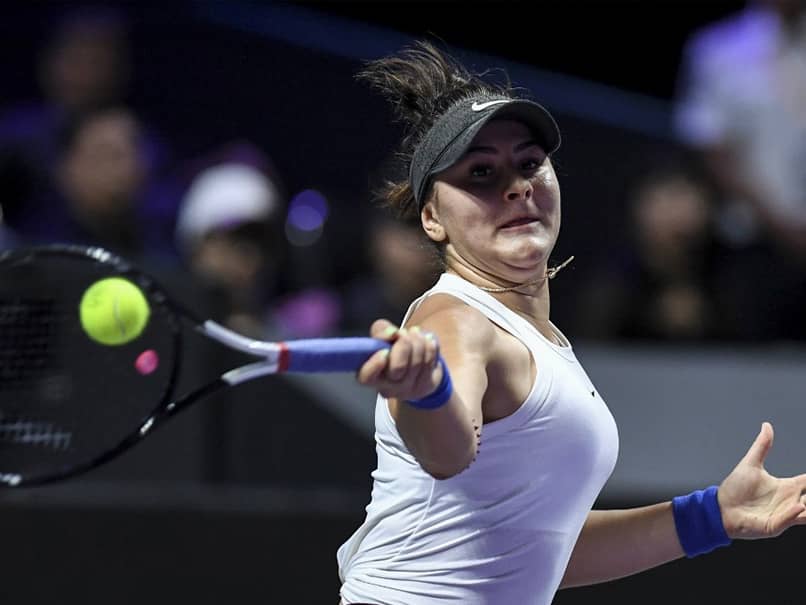 US Open champion Bianca Andreescu continues to be plagued by a knee injury.© AFP

US Open champion Bianca Andreescu on Tuesday pulled out of her Australian Open warm-up tournament, the Auckland WTA Classic, as she continues to be plagued by a knee injury. The Canadian 19-year-old sensation, who rocketed through the rankings from 152 to number five in the world this year and referred to 2019 as her "Cinderella story", was billed as the top-seed in Auckland. But she has been forced out by "ongoing knee issues", tournament organisers said in a brief statement with no mention on whether her start in the Australian Open was also in jeopardy.

Andreescu won three prestigious titles this year -- Indian Wells, Toronto and at the US Open -- before her season was cut short by injury.

She spent nearly seven weeks off the court after her knee gave way during the WTA Finals in Shenzhen in early November, but told reporters earlier this month she did not need surgery and was "just trying to rehab as much as possible and stay as positive as I can."

Serena Williams will now become the top seed in the Auckland tournament which starts on January 6.

Comments
Topics mentioned in this article
Bianca Andreescu Serena Williams Tennis
Get the latest updates on IPL 2021, IPL Points Table , IPL Schedule 2021 , live score . Like us on Facebook or follow us on Twitter for more sports updates. You can also download the NDTV Cricket app for Android or iOS.