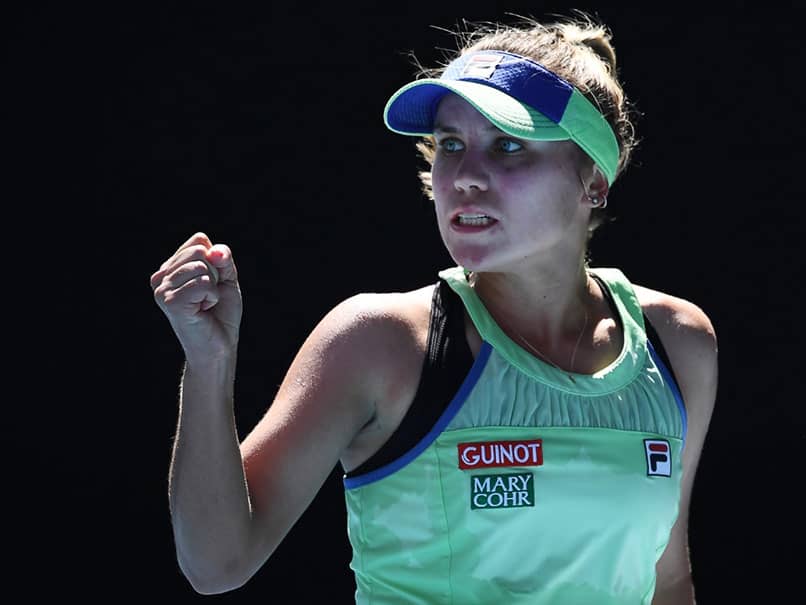 Unheralded American Sofia Kenin stunned world number one Ashleigh Barty to end home hopes at the Australian Open on Thursday. Barty had sent Australian expectations soaring of a first home-grown winner since 1978, but aggressive 14th seed Kenin saved two set points in each set to win 7-6 (8/6), 7-5 and battle into a final against Garbine Muguruza. Spain's Muguruza, a two-time Major-winner but out of the seedings after a form slump, scrapped her way to a 7-6 (10/8), 7-5 win over reigning Wimbledon champion Simona Halep.

Moscow-born Kenin, 21, looked stunned at reaching her first Grand Slam final, at a tournament where she has often gone unnoticed while fellow Americans Serena Williams and 15-year-old Coco Gauff hogged the headlines.

"I'm just speechless, I honestly can't believe this. I've dreamed about this moment since I was five years old... I've worked so hard to get here," said Kenin, who was a baby when her family moved to America with just a few hundred dollars to her name.

"She came up with some really great shots. I knew she wasn't going to give it up to me -- I really had to fight out here. There's a reason she's number one."

Kenin's win came on a day when temperatures hit 38 Celsius (100.4 Fahrenheit), prompting play to be suspended on outside courts -- following earlier problems with bushfire smoke, downpours, wind and even muddy rain at the season's opening Major.

In the second semi-final, former world number one Muguruza came from behind in both sets to upset Halep and confirm she's back at her best after being unable to string two wins together in the second half of last season.

"I wasn't thinking that I was down, I was thinking keep going and at some stage you're going to have an opportunity," said the Spaniard.

"Luckily I have 48 hours now to recover and get ready for the last match, we train all of our career to be able to play on this court and in (front of) this crowd."

Comments
Topics mentioned in this article
Ashleigh Barty Tennis Garbine Muguruza
Get the latest updates on IPL 2021, IPL Points Table , IPL Schedule 2021 , live score . Like us on Facebook or follow us on Twitter for more sports updates. You can also download the NDTV Cricket app for Android or iOS.