If the Indo-Croatian pair manages to win the final, it would be Sania Mirza's first Grand Slam title with Ivan Dodig and fourth Major mixed doubles triumph overall. 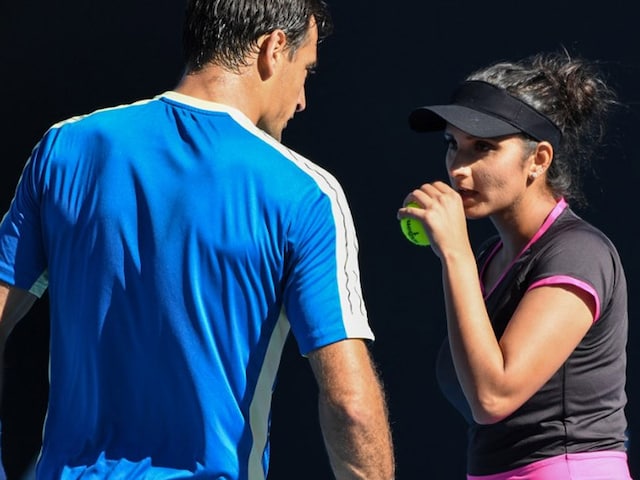 Indian tennis player Sania Mirza will be bidding for her seventh major title when she plays the Australian Open mixed doubles final with her Croatian partner Ivan Dodig on Sunday. The second-seeded combination will be clashing with the unseeded Abigail Spears of America and Colombian Juan Sebastian Cabal in the grand finale at Melbourne Park. The 30-year-old has won three mixed doubles titles so far, the last being the 2014 US Open with Brazilian Bruno Soares. If the Indo-Croatian pair manages to win the final, it would be Sania's first Grand Slam title with Dodig and fourth major mixed doubles triumph overall.

Sania-Dodig overcame a tough one-hour-18-minute battle in the semi-final against Aussies Samantha Stosur and Sam Groth 6-4, 2-6, (10-5) on Friday. Abigail-Cabal defeated Elina Svitolina of Ukraine and Aussie Chris Guiccione 7-6 (1), 6-2 in the last four stage.

With Dodig, she had an opportunity to win last year when she reached the French Open final but lost to compatriot Leander Paes and her then women's doubles partner Martina Hingis in the summit clash.

Sania is the lone Indian to have made all the way to the first Grand Slam final of the season as Paes, Rohan Bopanna, Purav Raja, Divij Sharan and juniors -- Zeel Desai and Siddhant Banthia -- all made early exits.

Comments
Topics mentioned in this article
Sania Mirza Ivan Dodig Tennis
Get the latest Cricket news, check out the India cricket schedule, Cricket live score . Like us on Facebook or follow us on Twitter for more sports updates. You can also download the NDTV Cricket app for Android or iOS.