Second seed Federer will now play fellow veteran Berdych, a semi-finalist in 2014 and 2015 at his most successful major, who demolished Italy's Fabio Fognini 6-1, 6-4, 6-4. 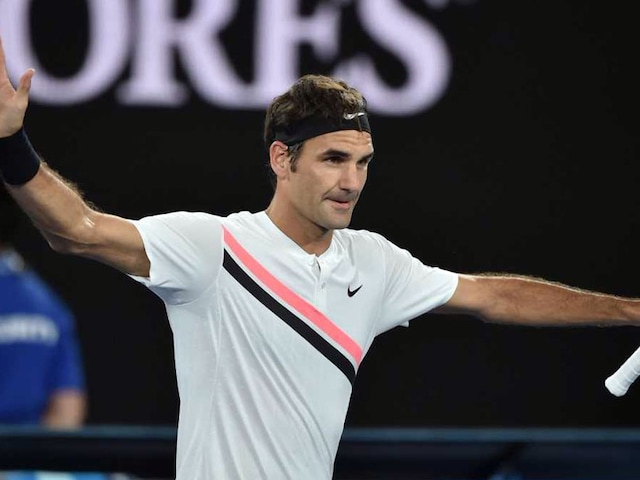 "He played very well," the 19-time Grand Slam champion said of the Hungarian. "You needed to have quick ideas and execute well today."

Second seed Federer will now play fellow veteran Berdych, a semi-finalist in 2014 and 2015 at his most successful major, who demolished Italy's Fabio Fognini 6-1, 6-4, 6-4.

The 32-year-old, who is on his way back from back problems, lost to the five-time Australian champion in the third round last year and the odds are heavily stacked again him.

Of the 13 quarter-finals Federer has contested in Melbourne, he has won the lot.

"I have no choice to choose the opponent and may the better man win," said the 19th seeded Czech.

"I am going to get myself ready, it's all I can do, and prepare the best I can."

Germany's Kerber is the only Grand Slam champion left among the women, and she was given a big fright as she chases her second Melbourne Park crown after beating Serena Williams in 2016.

After crushing Maria Sharapova in the last round, she came up against gritty Taiwanese veteran Hsieh Su-wei who stunned the 21st seed by taking the first set on Rod Laver Arena.

"Credit to her, she played unbelievable. I was running everywhere," said Kerber, who had a poor 2017 after starting the year as world number one.

"I was just trying to focus on every point."

Hsieh, ranked 88, was always going to be a threat after knocking out world number three Garbine Muguruza and the dangerous Agnieszka Radwanska en route to the fourth round.

The win set Kerber up with a clash against American Keys, a semi-finalist in 2015 who has found a new lease of life under the guidance of former great Lindsay Davenport.

"I feel like I'm playing just solid, consistent tennis," said Keys, a US Open finalist last year. "I think today was a good example of that. I think I served well. I think I returned well."

Comments
Topics mentioned in this article
Roger Federer Tennis Angelique Kerber
Get the latest Cricket news, check out the India cricket schedule, Cricket live score . Like us on Facebook or follow us on Twitter for more sports updates. You can also download the NDTV Cricket app for Android or iOS.