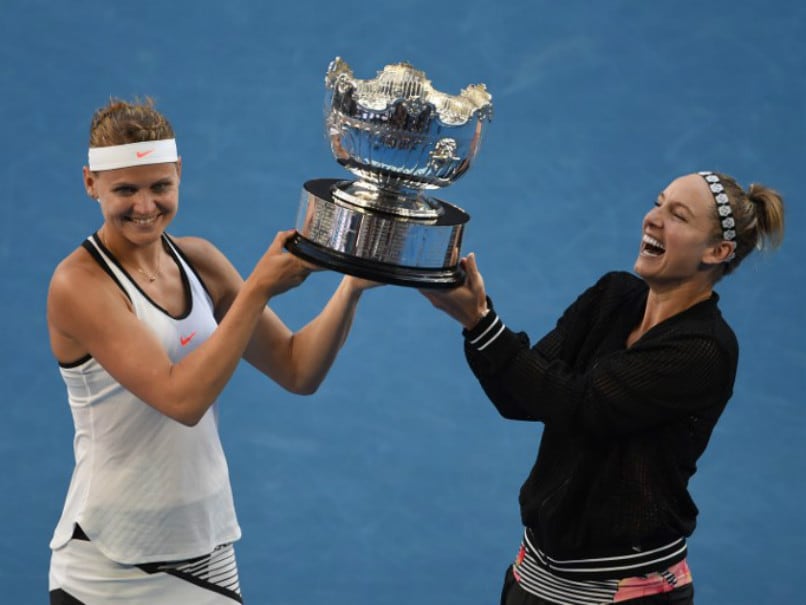 Mattek-Sands and Safarova got the decisive break in the fourth game of the deciding set to go 3-1 up after Hlavackova sent down a double fault.

There was no looking back, with Mattek-Sands clinching the title with a volley as they jumped for joy and then celebrated with a dance routine in front of the trophy.

It was their fourth major title together, and ninth overall, after winning at Melbourne and Roland Garros in 2015 and at the US Open last year.

Sponsored by Vuukle
Comments
Topics mentioned in this article
Lucie Safarova Bethanie Mattek-Sands Shuai Peng Andrea Hlavackova Tennis
Get the latest updates on IPL Auction 2023 and check out  IPL 2023 and Live Cricket Score. Like us on Facebook or follow us on Twitter for more sports updates. You can also download the NDTV Cricket app for Android or iOS.