Australian Open: Novak Djokovic To Test His Fitness In Warm-Up Events, Kei Nishikori Ruled Out Due To Injury

Asian number one Nishikori has not played competitively since last August after suffering a torn tendon in his right wrist during a practice session at Cincinnati. 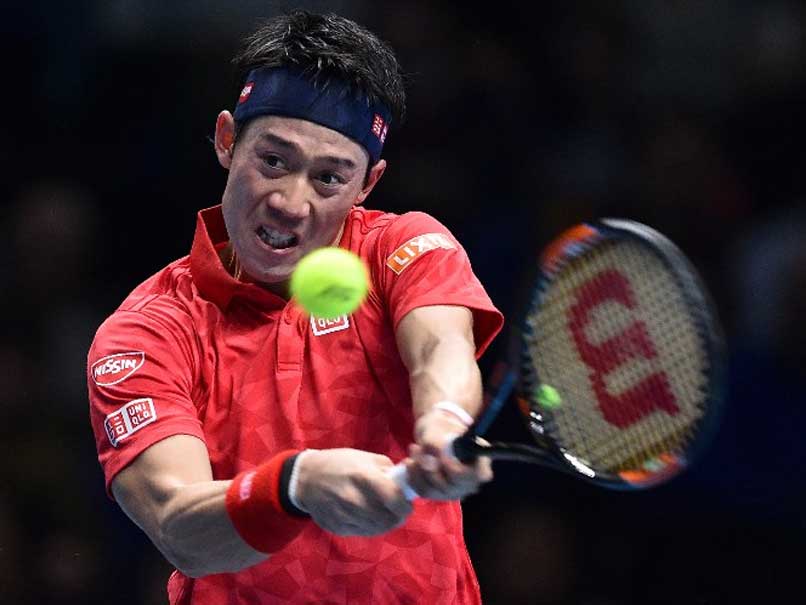 Kei Nishikori ruled out of Australian Open due to injury© AFP

Injured Japanese star Kei Nishikori pulled out of the Australian Open on Thursday, whileNovak Djokovic says he will test his problem elbow at an exhibition before deciding whether to play. Asian number one Nishikori has not played competitively since last August after suffering a torn tendon in his right wrist during a practice session at Cincinnati. He said he still wasn't ready for a gruelling Grand Slam campaign.

"I am very sorry to announce that I will miss the Aussie Open this year," he said on his website of the opening major of the year, starting in Melbourne on January 15.

"It's the Slam that takes incredible care of the players and their teams, and it hurts that I will have to miss it this year.

"My rehab is going well but I am just not ready 100 percent to come back yet in best of five set matches."

Nishikori is not the only leading player struggling with injury, with a who's who of the top names in the game battling to be fit for Melbourne Park.

Former world number one Djokovic hasn't played since a right elbow issue forced him to quit Wimbledon in the quarter-finals in July.

He has already cancelled scheduled appearances at an exhibition in Abu Dhabi and the Qatar Open, and said he will test the injury next week at the Kooyong Classic in Melbourne and a Tie Break Tens tournament in the same city.

"Novak is travelling to Australia where he will take part in two exhibition tournaments," said a statement on 12-time Grand Slam winner's website early today.

"After the two events, the decision will be made about his participation at the first Grand Slam of the season, the Australian Open, where 'Nole' has been crowned champion six times."

Another former number one, Andy Murray, is also struggling and withdrew from this week's Brisbane International as he works to overcome a right hip injury which has sidelined him since Wimbledon.

The Scot raised the prospect this week of surgery, but still holds out hope of playing in Melbourne, saying he will decide by the weekend whether to stay in Australia or fly home.

Also returning from injury but set to play at the Grand Slam are Stan Wawrinka and Milos Raonic.

World number one Rafael Nadal, the reigning French Open and US Open champion, pulled out of Brisbane with a knee injury, but the Spaniard has said he still intends to be on court at the Australian Open.

The writing was on the wall for Nishikori, who also withdrew from Brisbane.

The 28-year-old, who reached a career high world number four in 2015, said in November he had chosen rehabilitation over surgery to repair the damage and was targeting a return to action in Australia.

His no-show is a major blow for the popular Japanese player, who concluded his 2017 season with a 30-13 match record.

The winner of 11 ATP Tour titles, he made the fourth round of the Australian Open last year, losing in five sets to eventual champion Roger Federer, who, aged 36, is one of the few top names to be fully fit.

Comments
Topics mentioned in this article
Kei Nishikori Roger Federer Novak Djokovic Tennis
Get the latest updates on ICC T20 Worldcup 2022 and CWG 2022 check out the Schedule, Live Score and Medals Tally. Like us on Facebook or follow us on Twitter for more sports updates. You can also download the NDTV Cricket app for Android or iOS.