World number two Karolina Pliskova barrelled into the Australian Open second round on Tuesday as she chases her first Grand Slam crown. 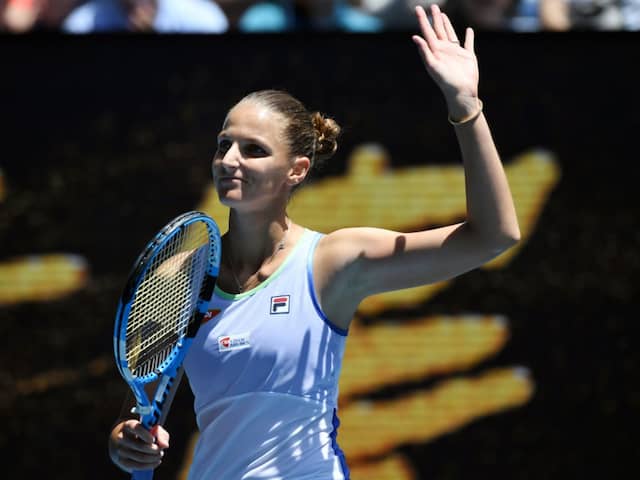 Australian Open: Karolina Pliskova stormed into the second round.© AFP

Pliskova, whose best Grand Slam appearance was defeat to Angelique Kerber in the final of the 2016 US Open, called it a "tough test" against 41st-ranked Mladenovic.

"We had some good matches in the past and it was tough mentally in the second set," said Pliskova, who beat Naomi Osaka on the way to winning the Brisbane title this month.

Pliskova, a semi-finalist in Melbourne last year, said the Brisbane triumph had no bearing on the next fortnight.

"It's a new beginning here so weeks before do not count and nobody remembers," she said.

Comments
Topics mentioned in this article
Karolina Pliskova Tennis
Get the latest Cricket news, check out the India cricket schedule, Cricket live score . Like us on Facebook or follow us on Twitter for more sports updates. You can also download the NDTV Cricket app for Android or iOS.