Australian Open 2021: Three-time Grand Slam champion Angelique Kerber crashed out of the Australian Open Monday with a heavy 6-0, 6-4 defeat to Bernarda Pera, in the first upset of the tournament. 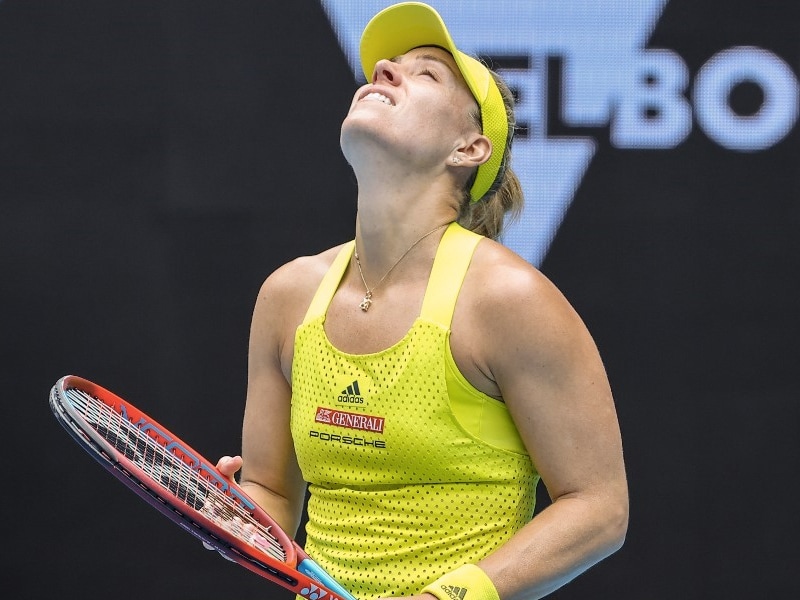 AUS Open: Angelique Kerberwas in disarray as she succumbed in just one hour and 10 minutes.© AFP

Three-time Grand Slam champion Angelique Kerber crashed out of the Australian OpenMonday with a heavy 6-0, 6-4 defeat to Bernarda Pera, in the first upset of the tournament. The 2016 Australian Open winner, seeded 23 at Melbourne Park, was in disarray as she succumbed in just one hour and 10 minutes against American Pera, ranked 63.

"I knew I had a tough opponent but I was ready for it," said Pera, who has never made it past the third round of a Slam.

The German, who had 25 unforced errors and seven double faults, lost the first nine games as she faced the humiliating prospect of a 6-0, 6-0 'double bagel' before her attempts at a comeback were thwarted by the 26-year-old.

An out-of-sorts Kerber made the quarter-finals of the warm-up Grampians Trophy in Melbourne, organised for players forced into a hard 14-day quarantine on their arrival in Australia.

It was the second consecutive first-round Grand Slam defeats for Kerber, who lost to Kaja Juvan in the French Open.

Pera plays Zarina Diyas of Kazakhstan in the second round.

Comments
Topics mentioned in this article
Angelique Kerber Tennis
Get the latest updates on IPL Auction 2023 and check out  IPL 2023 and Live Cricket Score. Like us on Facebook or follow us on Twitter for more sports updates. You can also download the NDTV Cricket app for Android or iOS.