Angelique Kerber, who won the Australian Open in 2016, pulled out when behind 6-3, 2-0 in her second-round clash with Ukraine's Dayana Yastremska. 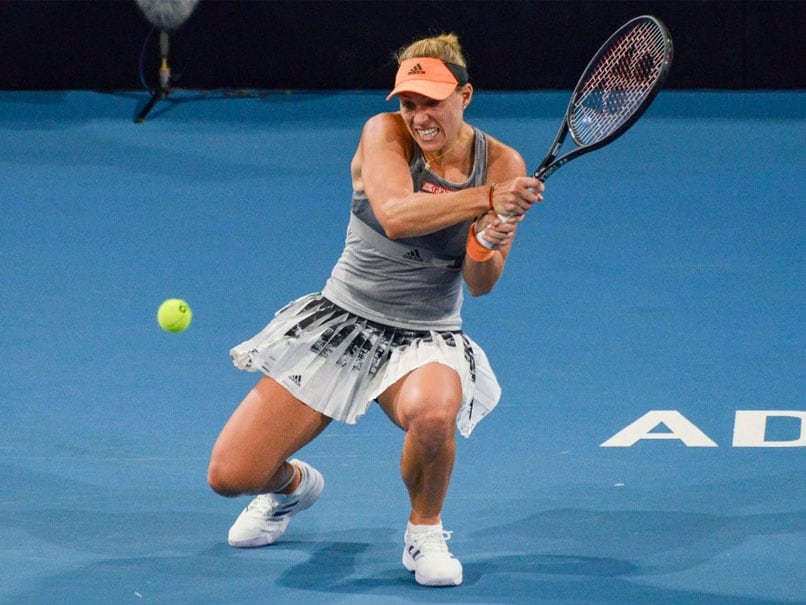 Angelique Kerber's preparations for the opening Grand Slam of the year were dealt a blow Wednesday when she was forced to retire from the Adelaide International with back pain. The German former world number one, who won the Australian Open in 2016, pulled out when behind 6-3, 2-0 in her second-round clash with Ukraine's Dayana Yastremska. The ninth seed began showing serious signs of the back problem early in the second set then stopped after two points in the third game on her own serve, calling for the trainer. A medical evaluation on court ended with the 31-year-old world number 18 calling it quits against her teenaged opponent.

Yastremska kept calm during the delay, reading what she called "secret" notes.

"I didn't want to lose focus," said the world number 24, who has won three titles over the past two seasons.

"He pushed me to bring good shots when I needed them," Auger-Aliassime said of Duckworth.

"He had chances in the second set, but I got myself to the tiebreaker -- from there I played fantastic tennis."

Second seed Simona Halep will take on Aryna Sabalenka after the Belarussian booked her spot 7-6 (7/4), 6-2 over US qualifier Bernarda Pera.

Swiss wild card Belinda Bencic, the fourth seed, struggled with frustration but emerged a 7-6 (8/6), 7-6 (7/4) winner over Julia Goerges and next plays Danielle Collins, who put out seventh seed Sofia Kenin 6-3, 6-1.

Croat Donna Vekic rallied past Maria Sakkari of Greece 2-6, 7-5, 6-1, winning in two hours and overcoming six aces to reach a quarter-final against Yastremska.

In men's play, Russian Andrey Rublev, who the Qatar Open at the weekend, beat American Sam Querrey 6-3, 6-3 to move into a last-eight clash against Britain's Dan Evans.

Rublev, who missed six weeks in 2019 with a wrist injury, improved to a perfect 5-0 for the season.

"It's important that I have mental confidence," he said. "One day you still can play so good, the other day can be not that good.

Rublev's win in Doha moved him up to number 18 in the world.

"It's an amazing feeling to be top 20 for the first time, but there are still so many things that I can improve," he said.

Comments
Topics mentioned in this article
Angelique Kerber Tennis
Get the latest updates on ICC T20 Worldcup 2022, check out the Schedule and Live Score. Like us on Facebook or follow us on Twitter for more sports updates. You can also download the NDTV Cricket app for Android or iOS.