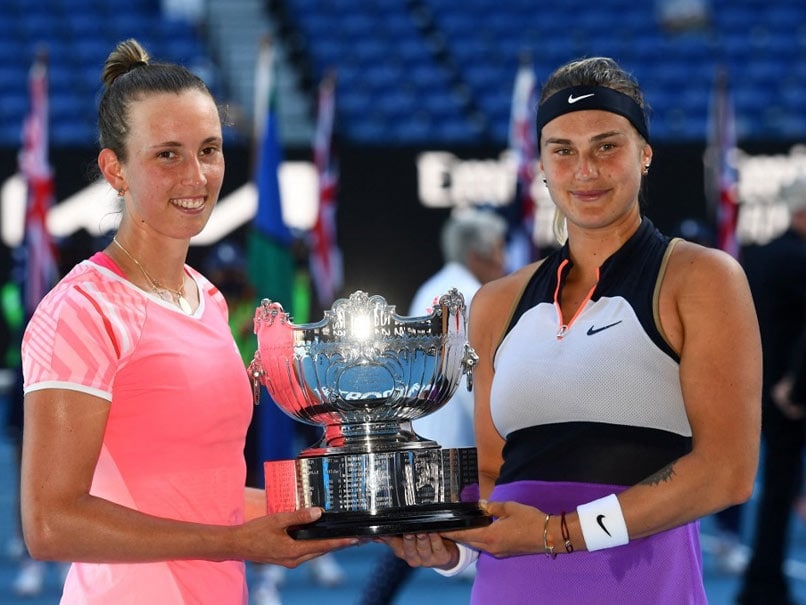 Second seeded Elise Mertens and Aryna Sabalenka swept past Barbora Krejcikova and Katerina Siniakova to clinch their maiden Australian Open doubles crown on Friday. The Belgian-Belarusian combination proved too strong for the third-seeded Czech pair, winning 6-2, 6-3 on Rod Laver Arena after sealing the match on their fourth championship point.

"It's been a tough couple of weeks so thank you to everyone involved. Glad to have fans back," said Mertens.

It was their second Grand Slam success as a team after the 2019 US Openand sixth title overall as they both bounced back from fourth-round defeats in singles at Melbourne Park.

They pair made their debut together at the 2019 Australian Open and have since established themselves as one the tour's top teams, along with two-time Grand Slam winners Krejcikova and Siniakova.

Comments
Topics mentioned in this article
Katerina Siniakova Tennis
Get the latest updates on IPL Auction 2023 and check out  IPL 2023 and Live Cricket Score. Like us on Facebook or follow us on Twitter for more sports updates. You can also download the NDTV Cricket app for Android or iOS.