David Ferrer beat John Isner 6-4, 6-4, 7-5 in two hours, four minutes in the Australian Open pre-quarters at the Hisense Arena to set up his sixth appearance in the last eight. 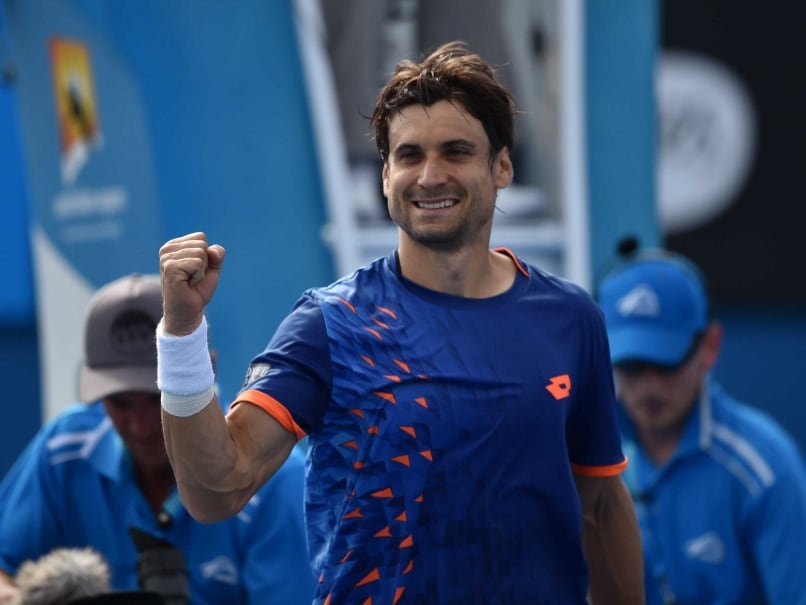 David Ferrer is yet to lose a set in this year's Australian Open.© AFP
Melbourne:

David Ferrer, eighth seed, ousted America's John Isner in straight sets to reach the Australian Open quarterfinals where he will British ace and World No.2 Andy Murray. (Murray Puts Off-Field Issues Behind Him With Win Over Bernard Tomic)

Ferrer won 6-4, 6-4, 7-5 in two hours, four minutes on Hisense Arena to set up his sixth appearance in the last eight.

"The most important thing is I'm in the quarterfinals, playing very well without losing a set, so it's important for my next match," said Ferrer.

Ferrer, 33, ended Australian veteran Lleyton Hewitt's career en route to his eighth career meeting with the big-serving Isner, who was bidding to reach the last eight for the first time. (Hewitt's Singles Career Comes to an End After Loss to David Ferrer)

Solitary breaks in the first and second sets were enough for Ferrer to move to a two sets to love lead before they fought to 5-5 in a tense third set.

However the pressure told on Isner, who was looking to become the first American into the men's quarterfinals since Andy Roddick in 2010, and he was finally broken when he put a forehand wide.

Ferrer needed no further invitation and after setting up three match points on his serve, he won it when he successfully challenged a backhand which was initially called long.

"I'm feeling really good, I returned everything and the most important thing is, I enjoyed playing tennis on this court," said the Spaniard.

Comments
Topics mentioned in this article
David Ferrer John Isner Lleyton Hewitt Andy Murray Tennis
Get the latest updates on IPL 2021, check out the IPL 2021 Schedule and Indian Premier League Live Score . Like us on Facebook or follow us on Twitter for more sports updates. You can also download the NDTV Cricket app for Android or iOS.