Australian Open: Alexander Zverev Crashes Out, Loses To Denis Shapovalov In 4th Round

World No.3 Alexander Zverev crashed out of the Australian Open on Sunday, losing in the men's singles fourth round to Canada's Denis Shapovalov. 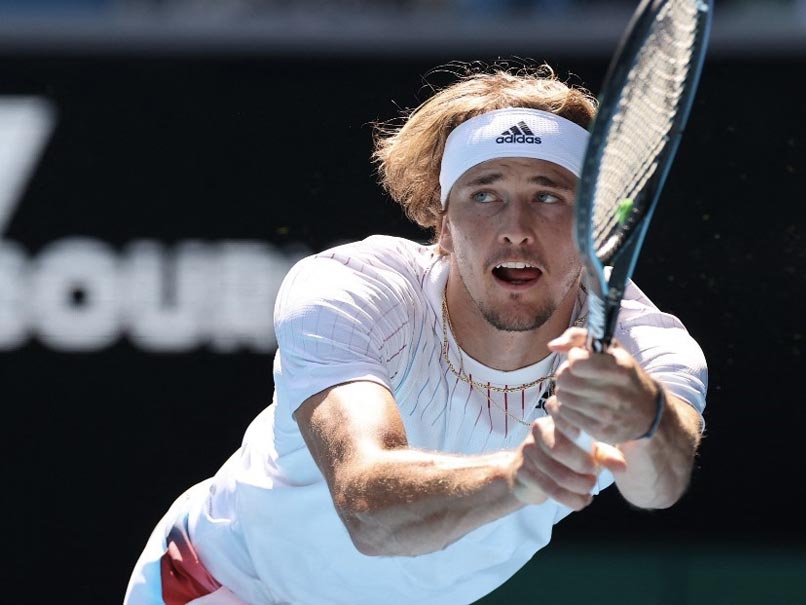 Alexander Zverev in action at the Australian Open.© AFP

Germany's racquet-smashing third seed Alexander Zverev was knocked out of the Australian Open in the fourth round by Canada's 14th seed Denis Shapovalov on Sunday. Shapovalov downed the Tokyo Olympic champion 6-3, 7-6 (7/5), 6-3 in 2hr 21min on a steamy Margaret Court Arena and will now play 20-time Grand Slam champion Rafael Nadal in the quarter-finals. It leaves Zverev, 24, still chasing a first major title. "It was probably the one I least expected to finish in three sets," Shapovalov, 22, said after his gruelling match schedule to get to the round of 16.

"I felt things were going my way early on, lost a bit of momentum in the second set, but fought well to come back and just rolled with it from there."

It will be Shapovalov's first quarter-final at the Australian Open.

Zverev, the 2020 US Open runner-up, never looked at ease against Shapovalov and vented his frustrations when he smashed his racquet in anger after a service break.

Zverev's task became even more difficult when he lost the crucial second-set tiebreak after dropping the opening set. The German served eight double-faults.

Shapovalov, who has won only one of his four matches against Nadal, said: "It's always an honour to play someone like Rafa, always going to be a battle, it's going to be tough but I'll definitely enjoy it."

Shapovalov reached the semi-finals at Wimbledon last year, where he lost to Novak Djokovic.

Comments
Topics mentioned in this article
Alexander Zverev Denis Shapovalov Rafael Nadal Tennis
Get the latest updates on ICC Women's Cricket World Cup 2022 and IPL 2022, check out the Schedule , Live Score and IPL Points Table. Like us on Facebook or follow us on Twitter for more sports updates. You can also download the NDTV Cricket app for Android or iOS.