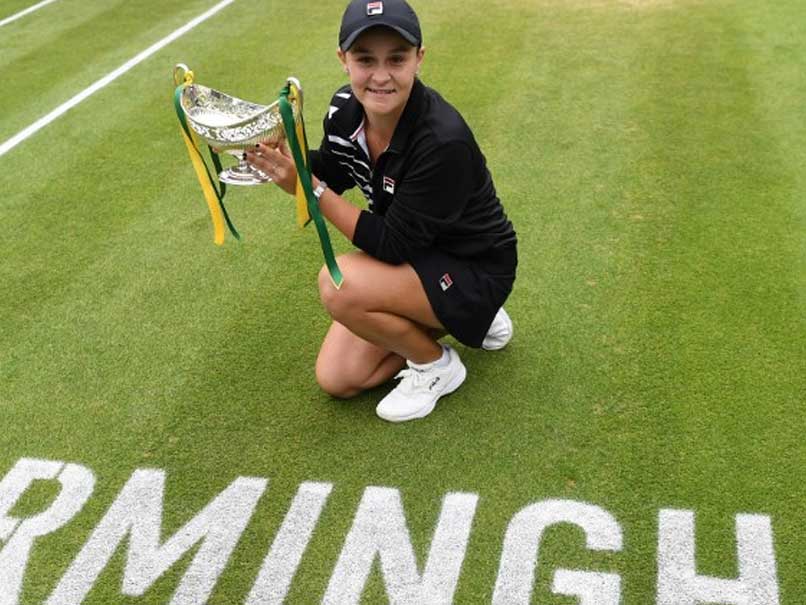 Ashleigh Barty became only the second Australian woman to top the world rankings when she won the Birmingham WTA title on Sunday, beating Julia Goerges 6-3, 7-5. The 23-year-old French Open champion emulates Evonne Goolagong Cawley, who held it for a fortnight in 1976. Ashleigh Barty displaces Japan's Naomi Osaka as women's world number one. Barty showed little sign of the arm injury -- the same one she had going into the French Open -- which saw her pull out of the doubles on Saturday where coincidentally she was partnering Goerges.

Barty saved two break points early in the first set but she made no mistake when she was offered the opportunity -- Goerges putting a backhand wide to give the Australian a 4-2 lead.

Barty closed out the set without further ado -- the pick of her shots a delightful lob into the far corner which Goerges tried valiantly to get back but it dropped short of the net to give her a 5-2 lead.

Goerges, though, struck back in the second set, breaking Ashleigh Barty in her first service game and the German held her own to move into a 3-0 lead.

Barty broke back, however, when Goerges sent a forehand out to get back to 3-2.

Goerges, leading 4-3, took Barty's next service game to deuce with a superb volley, but the Australian extricated herself from trouble and levelled at 4-4.

Barty had a break point in the next game but Goerges found the wherewithal to fight back and win the game to go 5-4 up.

Goerges had a set point in the next game but Barty, showing her championship winning mentality, saved it with an ace and then held serve to make it 5-5.

Barty by contrast did take her chance when it came in the following game breaking Goerges and then wrapped up the title and the top spot with her service game.

Comments
Topics mentioned in this article
Ashleigh Barty Julia Goerges Tennis
Get the latest updates on IPL Auction 2023 and check out  IPL 2023 and Live Cricket Score. Like us on Facebook or follow us on Twitter for more sports updates. You can also download the NDTV Cricket app for Android or iOS.