Prajnesh Gunneswaran lost in straight sets to Ernests Gulbis of Latvia in the final round of the qualifiers. 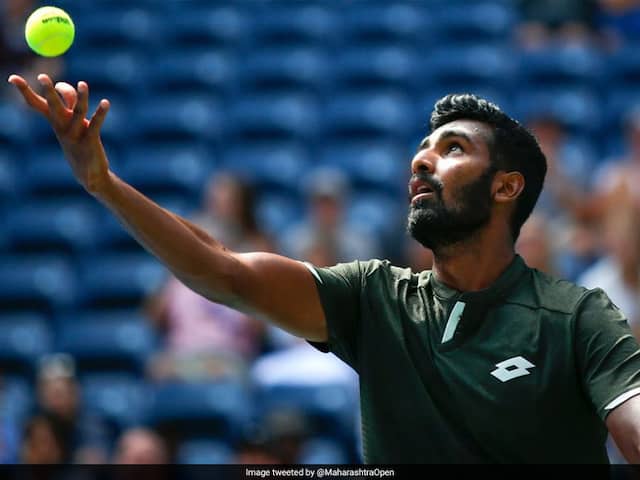 Prajnesh Gunneswaran on Friday failed to qualify for the main draw of the Australian Open men's singles event after losing in straight sets to Ernests Gulbis of Latvia in the final round of the qualifiers. India's top-ranked player Prajnesh, who is also World 122 and seeded 17th in the qualifiers, went own 6-7 (2), 2-6 to Gulbis in his final round qualifying tie. India's campaign in the singles ended in the qualifiers with his exit.

Prajnesh fought hard in the first set to take it into tie-break, where the Indian faltered to hand early advantage to his rival.

In the second set, once Gulbis broke Prajnesh in the first and third games to build a 3-0 lead, it was downhill for him as he lost in one hour and 20 minutes.

On Thursday, Prajnesh had kept his hopes alive of making it to the main draw after registering a tremendous comeback victory in the second round of the qualifiers. Prajnesh defeated Germany's Yannick Hanfmann 1-6, 6-2, 6-1 in an intense match that lasted for one hour and 22 minutes.

On Thursday, Sumit Nagal lost his first qualifying round match against Egypt's Mohamed Safwat. Nagal, ranked 128, lost to World no. 172 Mohamed Safwat 6-7, 2-6 in the match that lasted for almost an hour and a half.

Comments
Topics mentioned in this article
Prajnesh Gunneswaran Tennis
Get the latest Cricket news, check out the India cricket schedule, Cricket live score . Like us on Facebook or follow us on Twitter for more sports updates. You can also download the NDTV Cricket app for Android or iOS.