Ashleigh Barty Breezes Into Next Round At Windswept Australian Open

Ashleigh Barty made light of windy conditions to reach the Australian Open third round in front of an adoring home crowd. 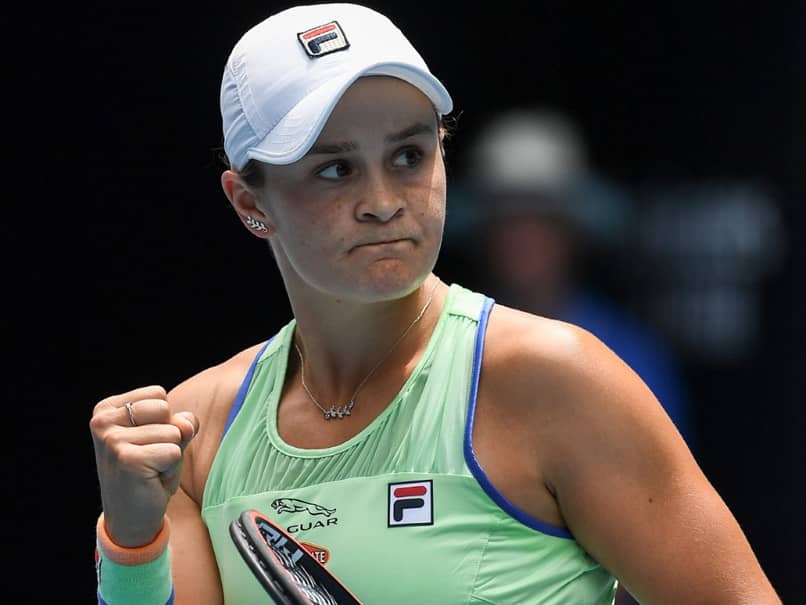 World number one Ashleigh Barty made light of windy conditions to reach the Australian Open third round in front of an adoring home crowd on Wednesday. The French Open champion took just 66 minutes to dismantle Slovenia's Polona Hercog, winning 6-1, 6-4 without dropping any service games at Rod Laver Arena. "A clean match today -- I'm really happy to get out of that one," said Barty, who needed three sets to see off Lesia Tsurenko in the first round. "It was very different end to end, I think the wind was a massive factor particularly with the new ball," she added.

"Polona's got the ability to blow you off the court but once I got my opportunities I was able to take them."

Barty, 23, reached the quarter-finals last year -- her best result at the Australian Open, which hasn't seen a home women's winner since Chris O'Neil in 1978.

It came at the start of a breakthrough season when she won Roland Garros and reached the fourth round at Wimbledon and the US Open, equalling or bettering her best performance at each tournament.

Comments
Topics mentioned in this article
Tennis Ashleigh Barty
Get the latest updates on India vs Australia Series, check out the India vs Australia Schedule for 2020-21 and Ind vs Aus live score . Like us on Facebook or follow us on Twitter for more sports updates. You can also download the NDTV Cricket app for Android or iOS.