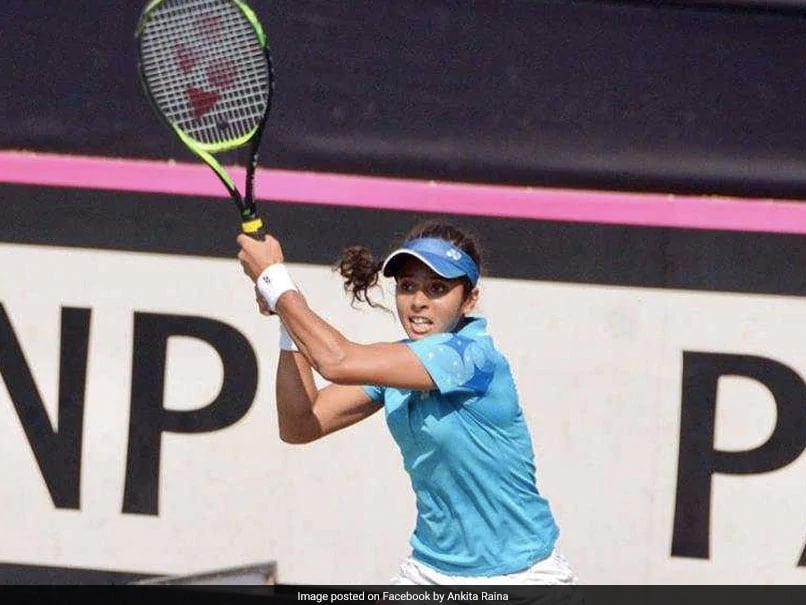 Ankita Raina, the top ranked women's singles player in India, claimed a huge upset win over former US Open champion Samantha Stosur at the Kunping Open in China on Wednesday. For Ankita, currently ranked 178 in the world, this victory over the third seed and the Grand Slam winner can be called the biggest victory of her career so far. Raina beat the fancied Australian 7-5, 2-6, 7-5 in a gruelling first round battle that took two hours and fifty minutes.

This is the second time the two faced off, with Stosur having won their last encounter in straight sets.

The 26-year-old Indian struggled to hold her serve and managed only three aces throughout the match, while Stosur smashed seven aces. However, the world no 77 made more errors -- 18 double faults -- compared to Ankita's six.

She will face Kai-Lin Zhang of China, who is ranked 209 in the world, in the second round.

Raina, ranked 178, had finished runner up at the USD 60,000 ITF event in Istanbul earlier this month. Last year, she became only the third Indian woman tennis player after Sania Mirza and Nirupama Vaidyanathan to breach the top-200 rankings in singles.

Stosur had won the 2011 US Open defeating Serena Williams in the final. She is a former world No. 1 in doubles and has won six other grand slam titles, including 2005 US Open, 2006 French Open, and 2019 Australian Open women's doubles events, and the 2005 Australian Open, 2008 Wimbledon Championships and 2014 Wimbledon Championships mixed doubles events.

Comments
Topics mentioned in this article
Samantha Stosur Tennis
Get the latest updates on IPL 2021, check out the IPL 2021 Schedule and Indian Premier League Live Score . Like us on Facebook or follow us on Twitter for more sports updates. You can also download the NDTV Cricket app for Android or iOS.