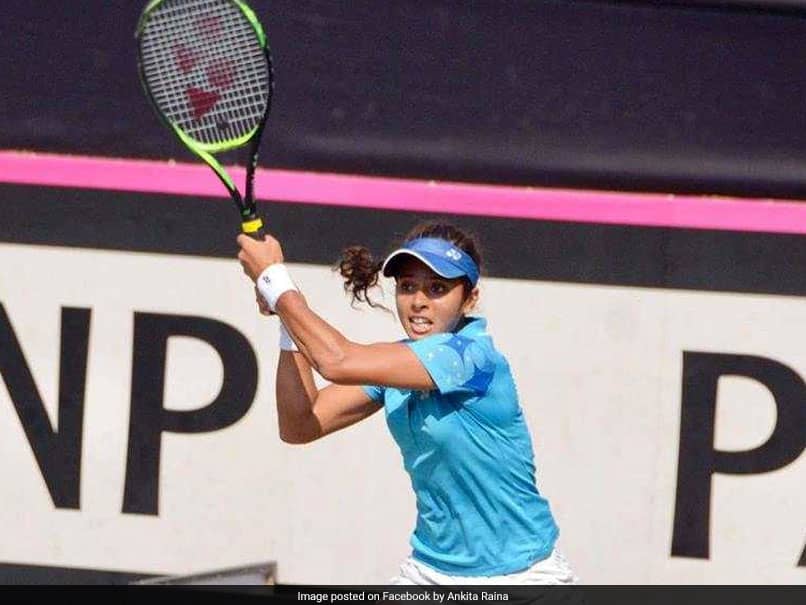 India's Ankita Raina on Thursday won a bronze medal in the women's singles at the Asian Games 2018. Ankita suffered a straight-set defeat to top seed Zhang Shuai of China. Despite not being at full fitness, Ankita gave a spirited fight against a much higher rated opponent who is placed more than 150 places above her in the WTA rankings. Ankita fought back after going down in the first set and almost won the second set before going down 4-6, 6-7 in a tough, long-drawn battle that lasted for two hours and 11 minutes. The first set was hard fought with Ankita leading 4-3 at one stage before the Chinese player won three consecutive games to win the set. Zhang broke Ankita's serve in the third game of the second set and held serve to take a 3-1 lead.

But the Indian hit back with a service break of her own to claw back to level terms at 3-3. She then held serve to take a 4-3 lead. With the second set tied at 6-6, the issue went into the tie-breaker. Ankita was trailing in the tie-breaker but made a superb comeback to equalise at 6-6. Ankita then hit a return too long before another return into the net handed the match to Zheng.

Meanwhile, the Indian men's doubles team of Rohan Bopanna and Divij Sharan registered a hard-fought victory to enter the final. Bopanna and Sharan were made to work hard for an hour and 12 minutes by the Japanese duo of Kaito Uesugi and Sho Shimabukuro before grinding out a 4-6, 6-3, 10-8 win.

The Japanese lacked the power and big serve of the Indians but made up with accurate placements and some good work at the net. Playing against more experienced and higher ranked opponents, Kaito and Sho did well to win the first set. The second set went with the serve till the Indians earned their first service break in the eighth game to take a 5-3 lead.

Serving for the set, Divij conceded a 0-40 deficit before fighting back to 40-40 and eventually holding serve to draw level. The Indians then won the tie-breaker to enter the final.

Comments
Topics mentioned in this article
Asian Games 2018 Rohan Bopanna Tennis
Get the latest updates on India vs England Series, India vs England , live score and IPL 2021 Auction . Like us on Facebook or follow us on Twitter for more sports updates. You can also download the NDTV Cricket app for Android or iOS.