French Open: Rohan Bopanna Through To Doubles 2nd Round, Yuki Bhambri Knocked Out 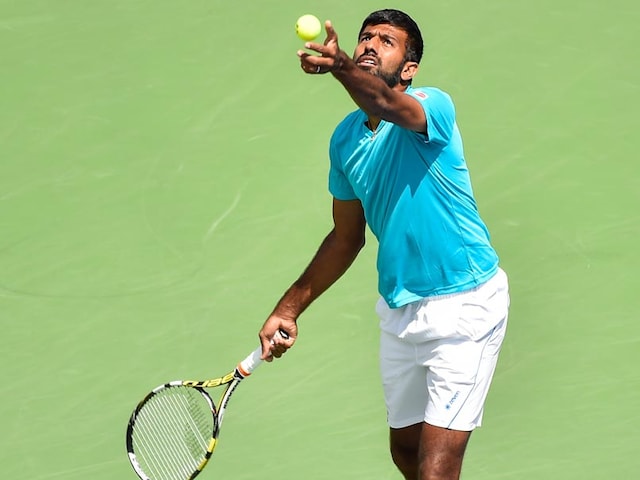 India's Rohan Bopanna began his men's doubles French Open campaign with French partner Edouard Roger-Vasselin in style, however, there was some bad news as Yuki Bhambri's maiden appearance at Roland Garros ended with a straight sets loss in the first round on Tuesday. Yuki lost his opening men's singles match 4-6, 4-6, 1-6 to Belgium's Ruben Bemelmans. It was the second meeting between 93-ranked Yuki and the Belgian, who is ranked 110. Yuki had defeated Bemelmans at the ATP Delhi Open semifinals in 2015 but failed to repeat his performance at the French Open.

With Yuki's defeat India's challenge in the men's singles came to a premature end.

Prajnesh Gunneswaran had made it to the main draw as a lucky loser but he could not compete as he had confirmed his participation at a Challenger event in Italy after losing his final qualifying round and had left Paris.

The player has to be present at the venue to sign in and must have not committed to play in any other event to be eligible for entry into main draw.

Comments
Topics mentioned in this article
Rohan Bopanna Edouard Roger-Vasselin Yuki Bhambri Tennis
Get the latest Cricket news, check out the India cricket schedule, Cricket live score . Like us on Facebook or follow us on Twitter for more sports updates. You can also download the NDTV Cricket app for Android or iOS.