Ankita Raina's bid to qualify for a Grand Slam singles main draw failed yet again, when she lost the final round of the Australian Open qualifying event to Serbian Olga Danilovic. 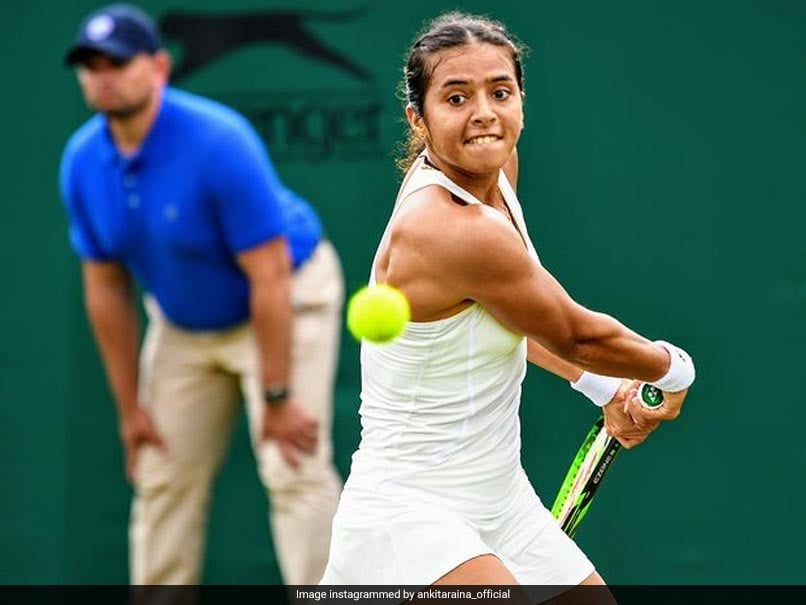 Ankita Raina said despite trailing 1-5 in the decider, she "didn't give up till the last point."© Instagram

Ankita Raina's bid to qualify for a Grand Slam singles main draw failed yet again, when she lost the final round of the Australian Open qualifying event to Serbian Olga Danilovic on Wednesday. In the women's singles qualifiers being held in Dubai, Ankita lost the third and final round 2-6 6-3 1-6 to her Serbian opponent in almost two hours. Not being able to win points on her first serve hurt Ankita. Ankita said her opponent came out with her best game.

"It was good tennis from both of us, top level from the first game. She was serving very well and she was able to win free points with her serve," Ankita told PTI.

"In the second set I started reading her serves well and I started making better counter returns which gave me an advantage at the start of all the points. In the beginning of third set she again started serving well and won couple of quick points where she got a 3-0 lead. She was able to increase her speed in the strokes and serve as well."

Ankita said despite trailing 1-5 in the decider, she "didn't give up till the last point."

"I still had hope that I could come back because I gave everything I had out there. I am proud of the fighting spirit I showed out there today," she added.

It was the Indian's sixth attempt to qualify for a competition at the grand stage. However, Ankita is still hoping to make the main draw as the organisers have decided to take players, who lost in the final round to Melbourne for 'lucky loser' entry in case there are withdrawals.

"They (organisers) are taking me to Melbourne and considering the COVID-19 situation, there could be withdrawals. I am seventh in the queue. I am still hopeful," she said.

In case she does not make it, Sumit Nagal will be the only Indian to compete in the singles event of the first Grand Slam of the season. Nagal has been awarded a wild card entry into the men's singles event.

Ramkumar Ramanathan had lost in the first round of the men's singles event, while Prajnesh Gunneswaran lost in the second round to French player Constant Lestienne 2-6 3-6.