Andy Murray himself reached the Australian Open men's singles final where he will play Novak Djokovic for the title on Sunday. Jamie Murray partnering Brazilian Bruno Soares will take on the team of Daniel Nestor and Radek Stepanek in the men's doubles final on Saturday. 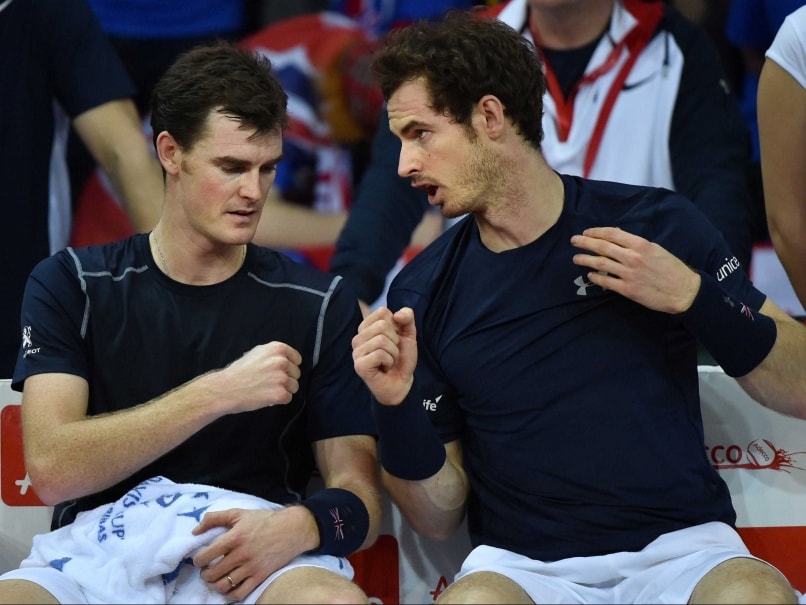 Andy (right) and Jamie Murray (left) are the first brothers in the Open era to play in separate finals of the same Grand Slam tournament.© AFP
Melbourne:

Andy Murray has said he will not be watching his brother play in the Australian Open men's doubles final on Saturday, claiming it is too stressful. (Andy and Jamie Murray Give Britain 2-1 Lead Over Belgium)

The British world number two, who got past Canada's Milos Raonic in a gruelling five-set semi-final, will play Novak Djokovic in Sunday's singles final. (Andy Murray Beats Raonic to Set up Title Clash With Djokovic)

It is the first time in the Open era that two brothers have played in finals at the same Grand Slam tournament with Jamie Murray partnering Brazilian Bruno Soares in the men's doubles final. (Jamie Murray Bids to Come out of the Shadow of Brother Andy)

But Andy Murray said he will not be watching the doubles final.

"I haven't watched any of his matches here. I try not to watch. I find it pretty stressful to watch, so I won't watch the match," he said.

"But, yeah, for it to be the first time to happen is incredible really.

"He's made three in a row, he's playing great tennis and is moving right up to the top of the rankings. So very proud of him.

"Yeah, obviously something that's going to be extremely rare. You're not going to see it very often. We should enjoy it and be proud of it because it's a tough thing to do."

Asked how he will find out about his brother's result, Andy Murray said smiling: "Just check online."

Comments
Topics mentioned in this article
Andy Murray Jamie Murray Novak Djokovic Bruno Soares Radek Stepanek Daniel Nestor Tennis
Get the latest updates on India vs England Series, India vs England , live score and IPL 2021 Auction . Like us on Facebook or follow us on Twitter for more sports updates. You can also download the NDTV Cricket app for Android or iOS.