Andy Murray, whose wife Kim Sears is pregnant, was playing on the neighbouring Margaret Court Arena unaware of the emergency, and he rushed to see his father-in-law in hospital after coming off court. 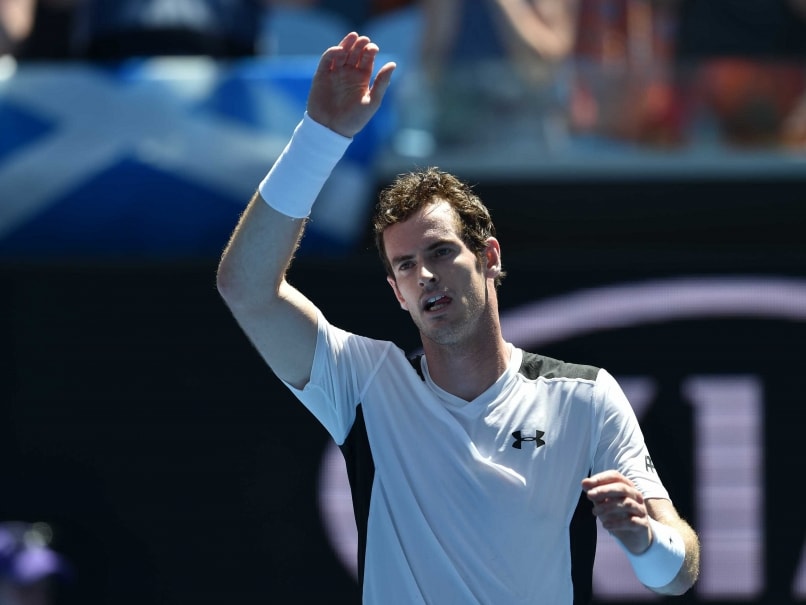 Andy Murray has promised to fly home if his wife, Kim Sears, goes into labour during the Australian Open, even if it means missing the final© AFP
Melbourne:

In what will be a huge relief to Murray, Sears, Ana Ivanovic's coach, was given the all-clear following his collapse at Rod Laver Arena late on Saturday while watching the former women's number one play.

It was one of a series of medical dramas at the season's first Grand Slam, which continued on Sunday when the mother of Australia's Sam Groth was hurt when she fell down some stadium stairs.(Andy Murray Breezes Past Sam Groth to Enter Australian Open Third Round)

"My medical advice is that I will be allowed to leave the hospital shortly and I have been cleared to fly back to the United Kingdom in the next day or so," Sears, 58, said in a statement.

"I just wanted to express my sincerest thanks to the incredible people who came to my aid, as well as the brilliant staff both at the Australian Open and the Epworth Hospital.

"I feel truly grateful to everyone involved for the manner in which this has been handled."

Murray, whose wife Kim Sears is expecting, was playing on the neighbouring Margaret Court Arena unaware of the emergency, and he rushed to see his father-in-law in hospital after coming off court.

Reports said Murray, who has pledged to quit the tournament if his wife goes into labour, spent the night with Sears at hospital. The second seed was back on the practice courts on Sunday.

Murray married Kim Sears, his long-term partner, last April and they are expecting their first child in the coming weeks.

The four-time runner-up has promised to fly home if she goes into labour during the Australian Open, even if it means missing the final.

Sears' collapse mirrored an incident which shook Ivanovic during her third-round match, when an elderly spectator was badly hurt in a fall on stairs at the same stadium.

And earlier in the tournament, Bernard Tomic was left shaken when a spectator suffered a seizure during his first-round match and was treated by an anti-allergy shot.

Comments
Topics mentioned in this article
Andy Murray Ana Ivanovic Bernard Tomic Samuel Groth Tennis
Get the latest updates on IPL 2020, check out the IPL Schedule for 2020 and Indian Premier League (IPL) Cricket live score . Like us on Facebook or follow us on Twitter for more sports updates. You can also download the NDTV Cricket app for Android or iOS.