World No.5 Alexander Zverev Crashes Out In Halle Quarter-Finals

Alexander Zverev served nine double faults in a rollercoaster match, and survived two match points in the third set before ultimately losing in the tiebreaker. 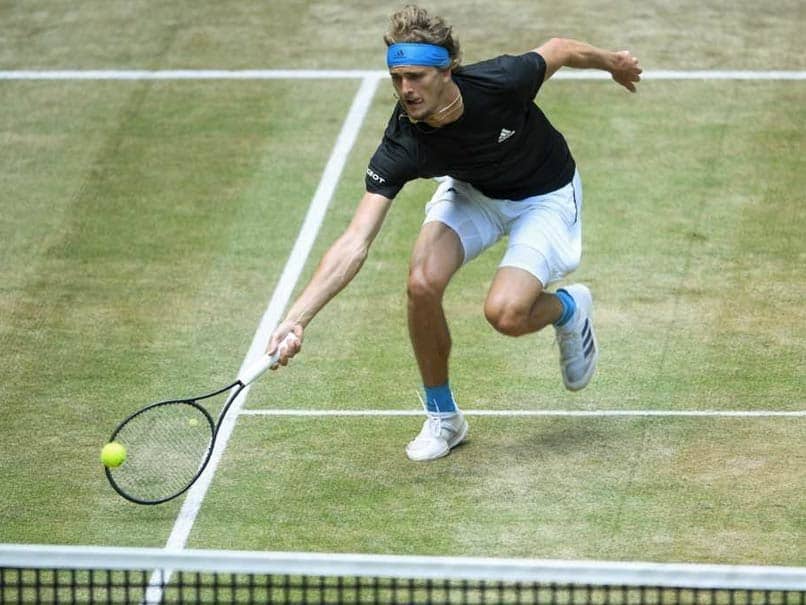 World number five Alexander Zverev crashed out of the ATP tournament in Halle on Friday in a surprise 6-3, 1-6, 6-7 (3/7) quarter-final defeat by Belgium's David Goffin. Home favourite Zverev was playing with a swollen knee after slipping and hurting himself in the first round, and the Halle crowd watched on in dismay as he struggled to find his rhythm against world number 33 Goffin. The 22-year-old served nine double faults in a rollercoaster match, and survived two match points in the third set before ultimately losing in the tiebreaker.

The defeat compounds a disappointing grass season so far for Zverev, who suffered another early exit on home soil in Stuttgart last week at the hands of compatriot Dustin Brown.

The German will be hoping to rediscover his form and fitness in time for the beginning of Wimbledon on July 1.

Goffin will face Italian talent Matteo Berrettini in the semi-finals on Saturday.

Berrettini, 23, won his third ATP title of the season in Stuttgart last week, and has soared up to 22 in the world rankings this year.

"I have worked hard and realised that I have the level to play in these kinds of matches," he said.

Later on Friday, Roger Federer continues his bid for a record-extending 10th Halle title with a quarter-final against Spaniard Roberto Bautista Agut.

David Goffin Roger Federer Tennis
Get the latest updates on India vs Australia Series, check out the India vs Australia Schedule for 2020-21 and Ind vs Aus live score . Like us on Facebook or follow us on Twitter for more sports updates. You can also download the NDTV Cricket app for Android or iOS.