Adelaide International Tennis: Iga Swiatek went into the tournament as world number 18 but will now rise to a career-high 15 as a result of the win, her first hard-court title. 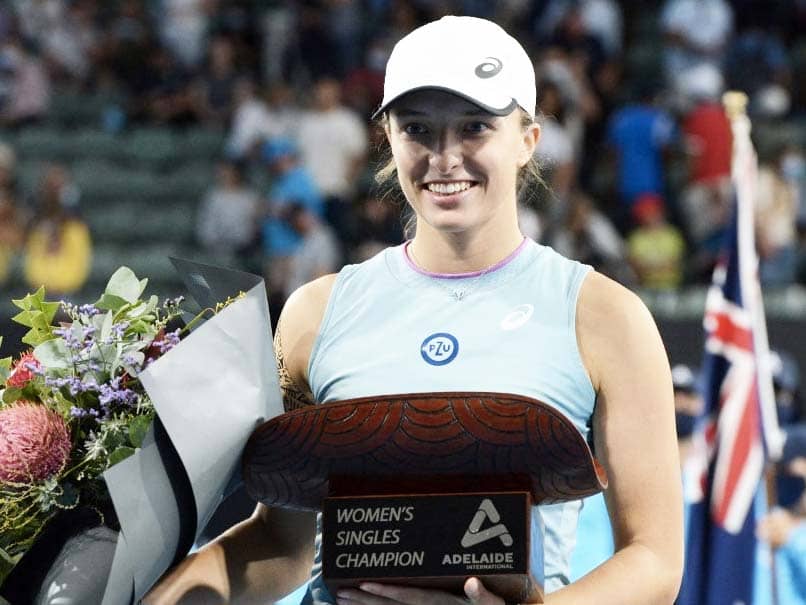 French Open champion Iga Swiatek crushed world number 12 Belinda Bencic in straight sets to claim the Adelaide International at Memorial Drive on Saturday. The 19-year-old Pole was in ruthless form as she downed Bencic 6-2, 6-2 to claim the second title of her career. Swiatek burst onto the tennis scene at Roland Garros last year when she claimed the French Open crown, defeating then world number six Sofia Kenin in the final. She started strongly against Bencic and never eased up, breaking her Swiss opponent twice in each set to wrap up a comfortable victory.

Bencic had been forced to battle for almost three hours to see off Coco Gauff in their semi-final on Friday night, and she started strongly in Saturday's final.

Both players were untroubled, holding their opening service games until Bencic's serve deserted her at 2-2 and Swiatek took full advantage.

She broke Bencic and was never in trouble after that, running away with the title on the back of a powerful forehand and Bencic's misfiring serve, which included eight double faults.

Swiatek went into the tournament as world number 18 but will now rise to a career-high 15 as a result of the win, her first hard-court title.

She said she appreciated being able to play in front of spectators during the Australian tournaments, particularly in front of a capacity crowd for the Adelaide final.

"It's been an amazing time here in Australia," she said.

Bencic, whose 2020 was badly affected by injury problems, was playing her 11th final but her first for 12 months.

The former world number four showed some glimpses of her best tennis but had no answers against Swiatek.

"Tennis can be a little bit brutal," she said.

"You can have a very good week and still end up losing and having a bitter feeling.

"I didn't manage to find a way today but I think I had a great week and I really enjoyed playing here."

The women's doubles final was won by Chilean-US pair Alexa Guarachi and Desirae Krawczyk, who beat Hayley Carter of the US and Brazil's Luisa Stefani 6-7 (4/7), 6-4, 10-3.

Comments
Topics mentioned in this article
Belinda Bencic Tennis
Get the latest updates on IPL 2021, IPL Points Table , IPL Schedule 2021 , live score . Like us on Facebook or follow us on Twitter for more sports updates. You can also download the NDTV Cricket app for Android or iOS.