Team India will play two warm-up game at the Gabba in Brisbane, against Australia and New Zealand, respectively 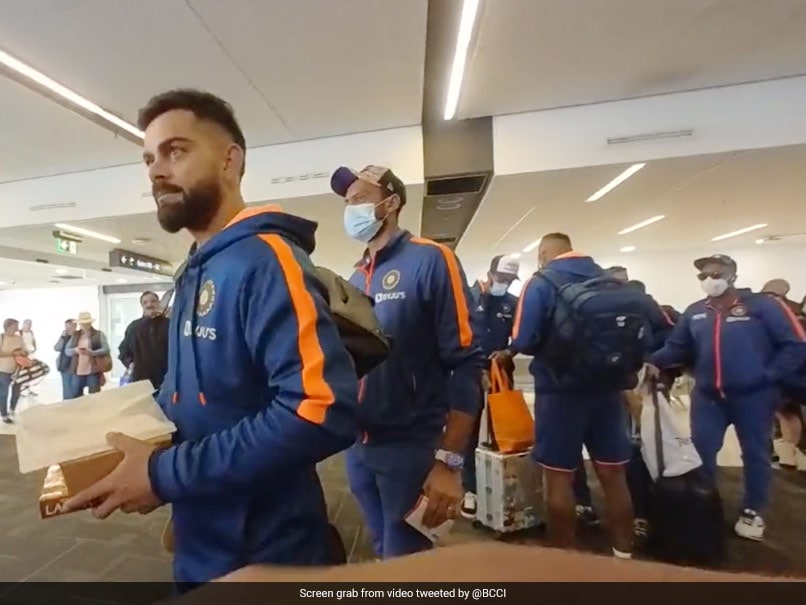 After playing a couple of practice matches in Perth, the Rohit Sharma-led Team India arrived in Brisbane on Saturday. Team India will play two warm-up game at the Gabba in Brisbane, against Australia and New Zealand, respectively. The Board of Control for Cricket in India took to Twitter and posted a video of the Indian team's journey to Brisbane. In the video, the players can be seen greeting fans and giving autographs. "Touchdown Brisbane," the BCCI captioned the video on Twitter.

Meanwhile, the BCCI on Friday announced that veteran pacer Mohammed Shami will replace the injured Jasprit Bumrah in India's squad.

Mohammed Siraj and Shardul Thakur were also added to the team as reserve players.

Despite the injuries, Rohit insisted the team was ready for the challenge with the players at hand.

"Injury is part and parcel of the sport. Injuries will happen if we play so many matches, so our focus for the last one year was that we had to build bench strength," Rohit told reporters at a press conference in Melbourne.

"Our focus is to try and create backups and give them opportunity. The bowlers, who have come with us in the World Cup, have played enough matches."

Notably, India have not won an ICC trophy since 2013, when they lifted the Champions Trophy in England.

India will play Australia in their first warm-up game on Monday, before squaring off against New Zealand on Wednsday.

They will begin their campaign against Pakistan on October 23 in Melbourne.

Mohammad Shami ICC T20 World Cup 2022 Cricket
Get the latest updates on IPL Auction 2023 and check out  IPL 2023 and Live Cricket Score. Like us on Facebook or follow us on Twitter for more sports updates. You can also download the NDTV Cricket app for Android or iOS.