Ahead of Pakistan's T20 World Cup semi-final clash against New Zealand, legendary pacer Shoaib Akhtar interacted with the fans in the streets 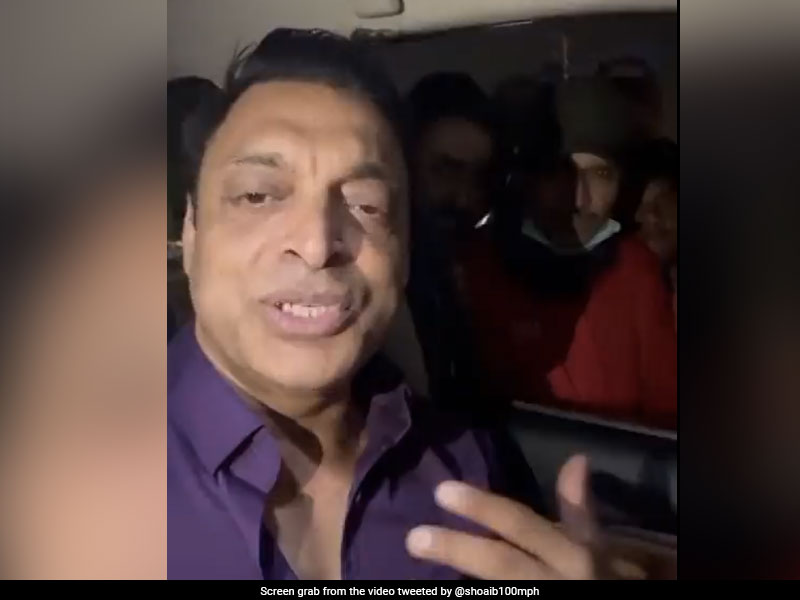 Shoaib Akhtar interacted with the Pakistan fans in the streets.© Twitter

Pakistan will take on New Zealand in the first semi-final of the T20 World Cup at the Sydney Cricket Ground on Wednesday. Ahead of the crunch game in Sydney, former Pakistan pacer Shoaib Akhtar interacted with the fans in the streets. The video was shared by Akhtar on social media. In the video, Akhtar can be seen sitting inside his car, asking fans about the ongoing T20 World Cup. While a couple of fans suggested the changes Pakistan need to make ahead of the game against the Kiwis, one person turned out to be a huge fan of Bollywood superstar Shah Rukh Khan.

Upon Akhtar's request, the fan imitated Shah Rukh, mouthed one of his most famous dialogues from popular film 'Baadshah'.

The dialogue, however, was too long and Akhtar had to interrupt him with a cheeky one-liner.

The video of the interaction has gone viral since then, garnering over 22,000 likes and over 2,000 retweets.

Pakistan were on the verge of crashing out of the T20 World Cup after losing their first two group games.

However, the Babar Azam-led side won their next two games to stay alive in the tournament.

While the odds were still against them, Netherlands stunned South Africa.

Pakistan needed to win their final game against Bangladesh to secure their passage, and the 2009 T20 World Cup champions did exactly that.

New Zealand Cricket Team Shoaib Akhtar ICC T20 World Cup 2022 Cricket
Get the latest updates on IPL Auction 2023 and check out  IPL 2023 and Live Cricket Score. Like us on Facebook or follow us on Twitter for more sports updates. You can also download the NDTV Cricket app for Android or iOS.