Zaheer Khan, Graeme Swann Challenged Me The Most: Kumar Sangakkara 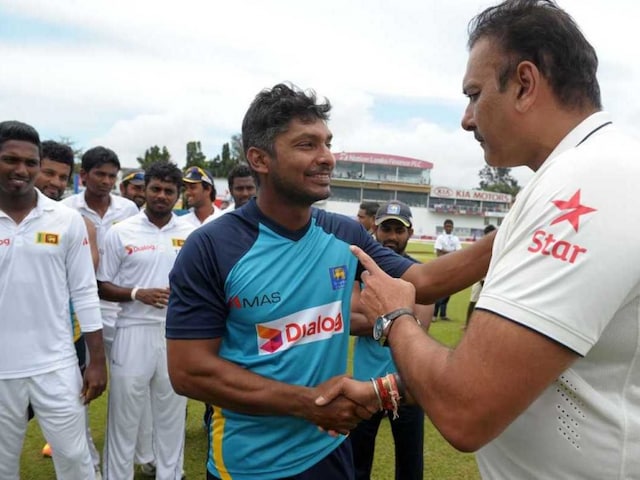 Spinner Ravichandran Ashwin might have dismissed Kumar Sangakkara in his last four innings, but the legendary cricketer today rated veteran India pacer Zaheer Khan as one of the most dangerous bowlers he has faced during his 15-year long illustrious career. (Sangakkara's Retirement Will Hit Sri Lanka Hard: Gavaskar)

Asked who were the bowlers who challenged him over the years, Sangakkara said:

"When I've played against some of these bowlers, I've sometimes been unsuccessful. But you're always trying to refine your strategy and come out of that. Wasim Akram is someone I've played only when I was young, thankfully. He's got me out once and his bowling style was excellent. Playing against cricketers like this is a big challenge."

Sangakkara on Monday bid adieu to international cricket with 12,400 runs in 134 Tests at an average of 57.4. (Full Transcript of Sangakkara's Speech)

One of the greatest batsmen in Sri Lankan cricket, Sangakkara has long been compared with Australia's Sir Don Bradman, especially by his childhood coach recently.

But the 37-year-old wicketkeeper-batsman preferred to downplay it by saying his coach must be joking. (Sangakkara Tells Sri Lanka to Play Fearless Cricket)

"I think he might have been joking. I watched Bradman bat on old grainy videos and he was exceptional. You take any of those great cricketers from any era and you put them here with the modern techniques, the modern training methods and he might have averaged much more. But there will always be comparisons but I am pretty secure in being Kumar Sangakkara and having played the game and achieved what I have in the game," he said.

Comments
Topics mentioned in this article
India Cricket Team Sri Lanka Cricket Team P Sara Oval, Colombo Sri Lanka vs India 2015 Zaheer Khan Graeme Swann Cricket
Get the latest updates on IPL 2020, check out the IPL Schedule for 2020 and Indian Premier League (IPL) Cricket live score . Like us on Facebook or follow us on Twitter for more sports updates. You can also download the NDTV Cricket app for Android or iOS.