The Beginning of the Virat Kohli Era

The Test series win in Sri Lanka in many ways was vindication for Virat Kohli and his aggressive brand of cricket. A new era in Indian cricket seems to have begun under a positive, determined and aggressive captain. 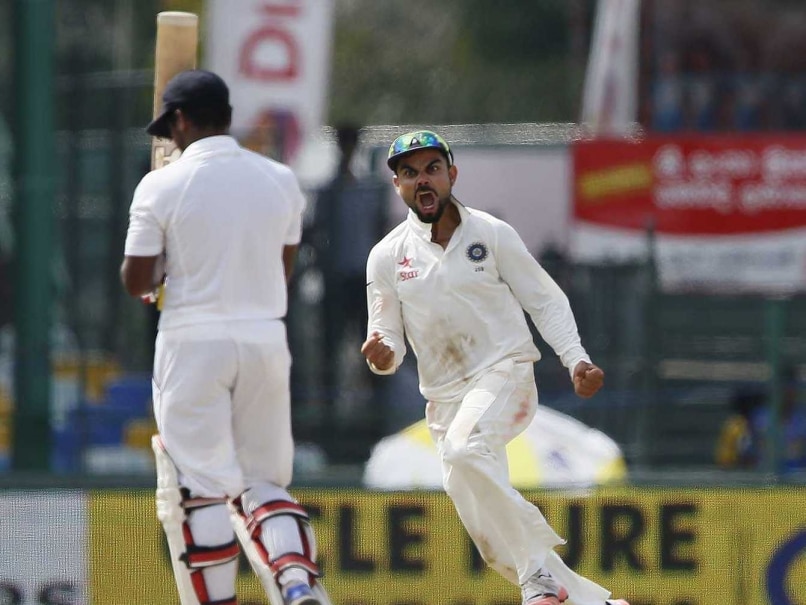 Virat Kohli's celebrations after India won their first Test series in Sri Lanka in 22 years were not over the top (like some of his century celebrations we have seen in past years) but it was more than just a victory celebration. It was Virat Kohli announcing to the world that his brand of aggressive cricket can pay rich dividends. It was, in many ways,the beginning of a new era. (Team India Tastes Test Series Triumph in Sri Lanka for First Time Since 1993)

The young captain though is not just about aggression. He is also a thinking individual. It's clear now that he knows when to push and when to back off. After winning the 3rd and final Test vs Sri Lanka, Virat said, "Cricket is a game where mindset matters a lot. If a player is feeling confident, you give him confidence, you back him throughout. His mindset and his execution of skills will be very different to when he is under pressure. From my end, I made all the effort I could to make them feel comfortable and I am allowing them to go out and express themselves in any sort of situation to benefit the team." (Virat Kohli Lauds Young Team India's Attitude, Praises Fiery Ishant Sharma)

In many ways, Virat is an unique blend of in-your-face passion and subtle yet undying encouragement for his teammates. Virat almost forcing one of the heroes of the 3rd Test vs Sri Lanka, Cheteshwar Pujara to walk with Ishant Sharma and lead the team off the ground spoke volumes about his style of captaincy. The passive-aggressive approach might have its fair share of critics, but it also has its supporters. The legendary Sir Vivian Richards told NDTV, "He (Virat) has this passion for aggression. There is nothing wrong with that. I have always liked his style." (Ravichandran Ashwin Credits 'Good Catching' for Record Haul of Wickets)

Ishant Sharma might have been suspended for one Test due to his on-field aggression, but for Virat, Ishant's aggression helped the team and that's more important. Virat said, "I was very happy with the incident that happened when he was batting because it happened at the right time for us. We had to bowl yesterday and they made him angry and it couldn't have been better for us and the timing was absolutely perfect." (Virat Kohli a Proactive Captain, Makes Things Happen: Sunil Gavaskar)

Not too many international captains would say this at a press conference regardless of how true it might be, but Virat did. Clearly, with Virat, what you see is what you get.

On the field, Virat comes across as a hands-on captain. 'Go for the win' is the clear message he sends out to his teammates. He almost pulled off a famous win in his first Test as stand-in captain in Adelaide in 2014, wearing his heart on his sleeve. Australian great Glenn McGrath told NDTV, "He (Virat) made that statement back in Australia. That is the way he loves to play his game." (India Gain Ground in ICC Test Rankings After Series Win in Sri Lanka)

He might have had to wait till his 5th Test for his first win as captain, but his tactics, strategies and outlook didn't really change. The fact that the same bunch of bowlers looked toothless just a year ago, but are now looking lethal under the new captain, is perhaps a clear indicator of the Kohli effect. (Aggression is the Keyword in India's Conquest of Sri Lanka)

R Ashwin, who was adjudged the Man of the Series in Sri Lanka, kept it simple, when he said, "Virat is a good captain. He is a good team-mate." (Ishant Sharma Suspended for One Test After Verbal Altercation With Sri Lanka)

The Indian Test team has clearly begun to rally around Virat. However, it's not just his aggressive on-field demeanor that commands respect. Virat leads from the front, with the bat as well. In fact, in his first 4 Tests as captain, he notched up 4 centuries - all in overseas Tests. Overall, he has 4 centuries in the 6 Tests he has captained so far. The pressure of captaincy clearly does not seem to affect Virat's batting.

India has had a torrid time in overseas Tests in the last few years. Virat though seems to be out to change that. Ahead of the recent tour of Bangladesh, Virat made quite a statement, when he said, "We have learnt a lot but I don't think we have to keep playing with the mindset

that we have to keep learning all the time. I think it's time we have played enough Tests to start executing our skills and getting results our way and have the vision and the focus to win Test matches, not just go out there with the mindset of learning with every game." (Ishant Sharma's Behaviour Pathetic Display of Aggression: Bedi)

He is candid, forthright and never wants to hide anything. Be it the brand of cricket he wants to play or even his personal relationships. When girlfriend Anushka Sharma was criticised by some on social media for India's loss in the semi-finals of the World Cup, Virat didn't mince his words, saying, "At a human level, I would say I was hurt and the people who said those things and the way they said them should be ashamed of themselves."

The current mood in the country is extremely upbeat. After all, India have won a Test series for the first time in two years, but this is just the beginning of what promises be an exciting journey for Virat and his young team. Sunil Gavaskar told NDTV, "When playing against stronger teams, it might not be easy and the test will come then, but the early signs are very, very encouraging." (Cheteshwar Pujara Pips Rohit Sharma and Lokesh Rahul)

At 26, Virat has become the youngest Indian captain to notch up an overseas Test series win. The possibilities for him and the Indian Test team seem endless. A new chapter of fearless Indian cricket seems to have begun.

Comments
Topics mentioned in this article
Virat Kohli India Cricket Team Sri Lanka Cricket Team Sri Lanka vs India 2015 Cricket
Get the latest updates on IPL Auction 2023 and check out  IPL 2023 and Live Cricket Score. Like us on Facebook or follow us on Twitter for more sports updates. You can also download the NDTV Cricket app for Android or iOS.