Rajkumar Sharma tells about how the skipper was determined to succeed in Sri Lanka where India won a Test series for the first time since 1993. 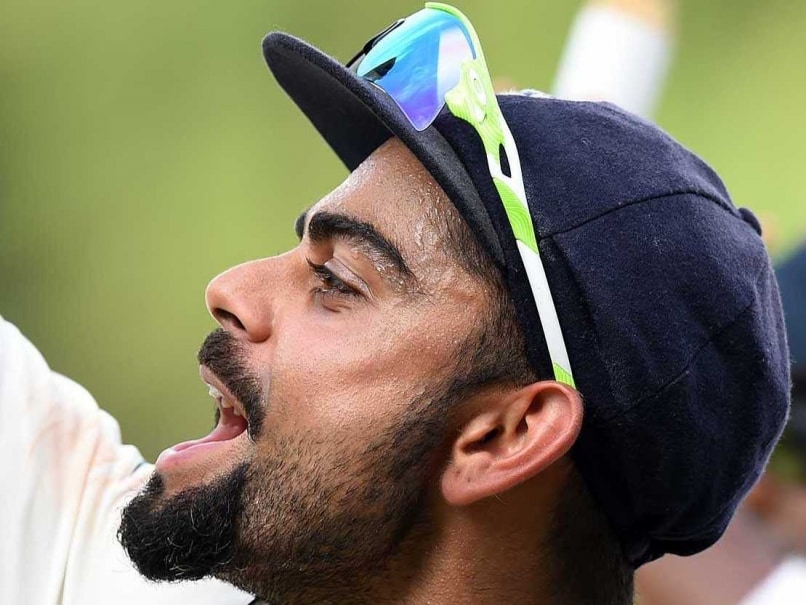 Virat Kohli, in his first full Test series as captain, and his young teammates showed character in bouncing back in the last two Tests after their meek surrender in the opening Test at Galle. The rare win in Sri Lanka is the first of many achievements that Kohli's 'aggressive' brand of cricket promises to dish out, according to the India skipper's childhood coach Rajkumar Sharma.

"We had a good chat before the team left for Sri Lanka. Virat was very clear about wanting to change the team's culture and start winning overseas. Many a time, they came close to winning, but it didn't happen. He went with a killer instinct on the Sri Lanka tour and he wants all his teammates to have the same kind of self-belief. Winning abroad is his goal," Kohli's coach told mid-day from New Delhi yesterday.

"Team Director Ravi Shastri supported his plans well and helped him execute them. The whole team has contributed to this win and I reckon a new chapter in Indian cricket has opened," said Sharma, who was one of the first to congratulate Kohli on his maiden Test series triumph as captain. "He was overjoyed, very happy. We couldn't speak much as it was too noisy with all the celebrations."

Sharma said the Indian batsmen's capitulation at Galle did not bog the team or the skipper down. "The team was fired up to do well. They knew they had played good cricket and it was just one bad session that took the game away from them. Kohli and Shastri lifted the team well after that loss," said Sharma.

However, Sharma is expected to talk to Kohli on his batting when he returns from Sri Lanka. The coach is concerned with the way his ward was dismissed in similar fashion (poking at deliveries outside off stump) on both occasions in the final Test.

Comments
Topics mentioned in this article
India Cricket Team Sri Lanka Cricket Team Sri Lanka vs India 2015 Virat Kohli Cricket
Get the latest updates on Fifa Worldcup 2022 and check out  Fifa World Cup Schedule, Stats and Live Cricket Score. Like us on Facebook or follow us on Twitter for more sports updates. You can also download the NDTV Cricket app for Android or iOS.