India's series win over Sri Lanka is there first away from home since 2011 when they won in West Indies. 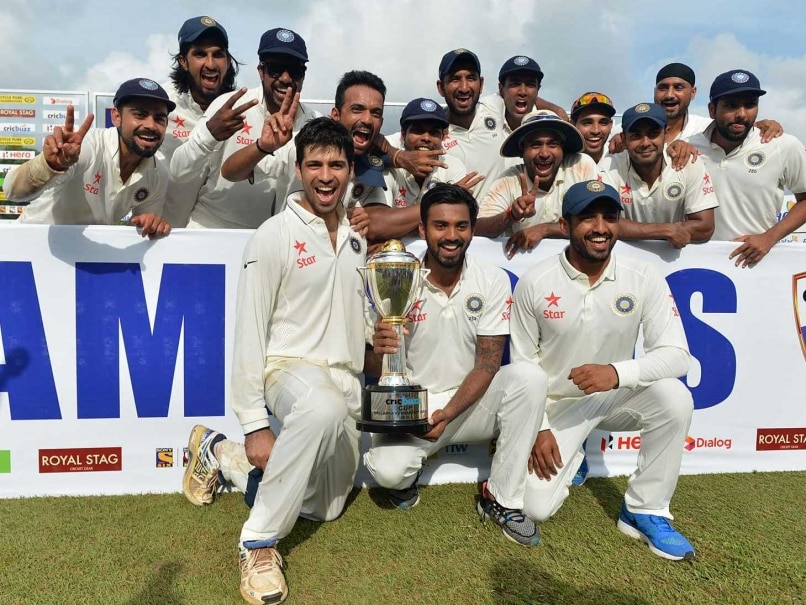 The Indian team poses with the trophy after winning the Test series vs Sri Lanka.© AFP
New Delhi:

The Board of Control for Cricket in India (BCCI) on Tuesday congratulated its team on winning the three-match Test series against Sri Lanka 2-1. This was India's first series win on Lankan soil in 22 years.(Match Report | Scorecard| Highlights)

"On behalf of everyone in Indian cricket I would like to congratulate the Indian cricket team on their 2-1 Test series win in Sri Lanka. The magnitude of this brilliant win can be ascertained by the fact that the series win in Sri Lanka has come after 22 years. The team and management have made their way in the cricketing history books," BCCI president Jagmohan Dalmiya said in a statement.(Kohli Lauds Team India)

"I also congratulate Mr. Virat Kohli for this victory. Mr. Kohli has been exceptional in his role as captain of the Indian cricket team. He is doing an excellent job in building a new team and leading from the front."('Catches Win Matches')

This was also India's first away series win since beating the West Indies in 2011 and only the third time India have come back from 0-1 down to win the series.(Tendulkar, Kumble Congratulate Team India)

"My hearty congratulations to the Indian cricket team on the Test series win in Sri Lanka. A special kudos to Mr. Virat Kohli on winning his first series as India's Test captain and I hope this is the first of many for the captain and his young team. The boys can be very proud of what they have achieved and I am confident they will now strive for doing it on a consistent basis," said BCCI secretary Anurag Thakur.

"The challenge for us is to create sustained success and to ensure that team India's performances keep on improving in the upcoming season. We believe we are putting in place the foundations to move in the right direction. We are committed to doing everything we can to achieve continuous improvement."

India beat Sri Lanka by 117 runs on Day 5 of the third and final Test at the Sinhalese Sports Club Ground in Colombo on Tuesday.

Smiles, cheers and a lot of fun. A peek into #TeamIndia's dressing room after the Test series win - @imVkohli https://t.co/AMsFD7AL5D