To Call Out the Indian Team or Not?

With all that's at stake in the third Test between India and Sri Lanka, both sides had their moments of getting carried away. It is probably the visitors who will be scrutinised more. Question is what would you like to do, scrutinise or give the young team some more time? 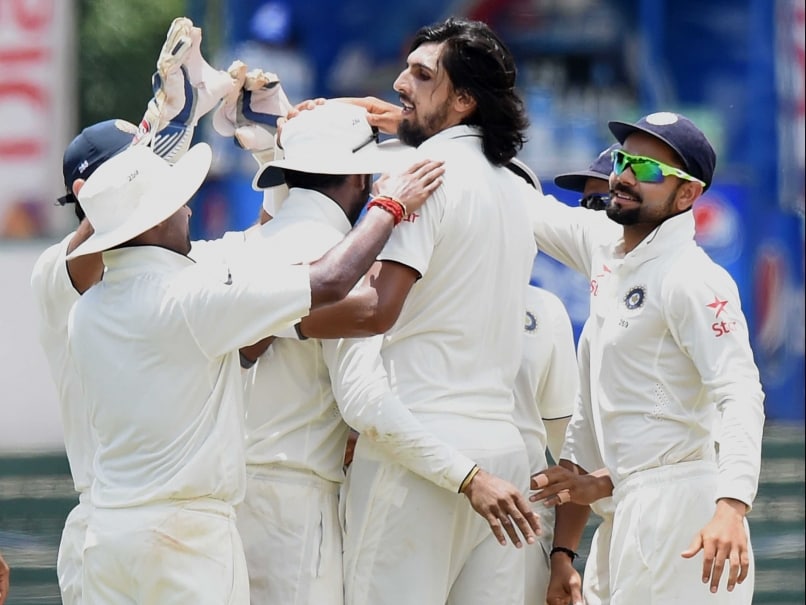 As I start writing this piece sitting between two dinosaurs of cricket journalism, I wonder at what transpired on day 3. Between them they have 63 years of watching the white, red, and sometimes reddish brownish ball try to fox the willow. But when Ishant Sharma was involved in a tiny battle of words with Kusal Perera and Rangana Herath neither cricket hacks reacted with an excitement that was reflective of the war that tiny cricket battles are sometimes made out to be on certain Indian News Channels (Read one channel running breaking news saying Indrani had a sandwich). Sixty-three years of collective sporting wisdom produced only one thought - 'this is part of the game'.(Scorecard | Highlights)

When Kusal Perera finally fell after a counter offensive that destroyed India's plans of enforcing a follow on, the man who took the decisive catch, threw the ball in the air, kicked the ball, and uttered a profanity that is all too familiar. Yes, it is wrong, it should not happen, it is needless. Has this young Indian team changed? Is it trying to change?

The baby steps towards a more role model like celebration of a wicket were visible shortly after. Ajinkya Rahane went out of his way towards the departing Sri Lankan batsman and in a sense apologized, calmed things down, ensured there would be no hard feelings. Shortly after, Ishant Sharma who had been fined 65 % of his match fee in the previous game for a similar incident doused the fire with Rangana Herath. When Herath himself fell, Virat Kohli running in to celebrate India's achievement patted Herath on the back. It was a pat that probably signified two distinct feelings. The first was to applaud Herath's 49, his second best performance with the bat in Test cricket. The second was probably to communicate an apology of sorts for the on field aggression.

This is a young team. They are graduating. They will become mature. Give them time.

Or, your train of thought could be, they are international cricketers, role models for millions, enough of 'in the heat of the moment', they should know how to conduct themselves by now, they should have learnt from their past mistakes.

Just as this thought comes to my mind, KL Rahul is bowled in exactly the same fashion as in the 1st innings. Once again, he left the ball. Once again the ball took out his off stump. Repeating mistakes is common, especially amongst 20 year olds.

The third school of thought could be, this is an Indian team trying to find a balance between doing what they said they would, 'playing aggressive and fearless cricket' and conducting themselves as gentleman playing the gentleman's game.

You take your pick.

Meanwhile, 15 wickets fell on the day, that's when rain started to fall, and play was called off with at least 45 minutes of playing time still left in the day and with India at 21 for 3. Two days to go, probably some more rain showers to go, India leading by 132 runs, their first Test series win in Sri Lanka in 22 years at stake, the know how that you will have little time to go for the kill with your limited wicket taking skill, certainly, possible to get carried away under those circumstances right?

Comments
Topics mentioned in this article
India Cricket Team Sri Lanka vs India 2015 Cricket
Get the latest updates on ICC T20 Worldcup 2022 and CWG 2022 check out the Schedule, Live Score and Medals Tally. Like us on Facebook or follow us on Twitter for more sports updates. You can also download the NDTV Cricket app for Android or iOS.