Ravichandran Ashwin finished as Man of the Series with 21 wickets as India beat Sri Lanka 2-1 to win a series in the island nation after 1993. 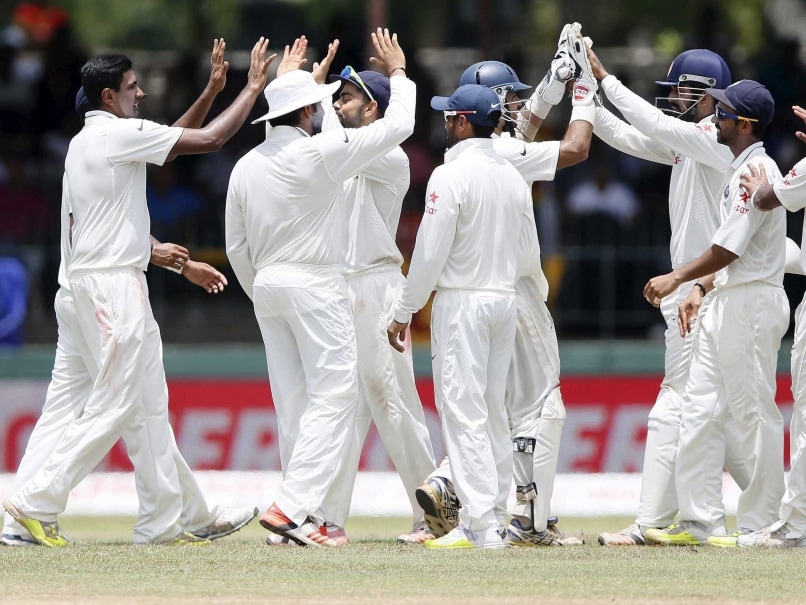 R Ashwin picked up the vital wicket of Lahiru Thirimanne in the first session.© Reuters

With a record haul of 21 wickets, Ravichandran Ashwin finished as the Man of the Series as India defeated Sri Lanka to win the three-Test contest 2-1. The Tamil Nadu off-spinner took four wickets for 69 as Sri Lanka were all out 268 in their second innings to hand India a massive 117-run victory at the Sinhalese Cricket Club in Colombo on Tuesday.(Match Report | Scorecard| Highlights)

Ashwin and Mishra (15) took 36 wickets between them in the series to mesmerize the Lankans and they broke crucial partnerships to help India dominate throughout the series.(Kohli Lauds Team India)

Ashwin surpassed Anil Kumble to become the best Indian bowler against Sri Lankans. Kumble had taken 20 wickets in 2005. The leg-spinner had improved Maninder Singh's 18 in 1986.

Ashwin said it was the team's good close catching that made the difference. "Catching has been brilliant and that's the key to my 21 wickets," Ashwin said after India scripted a series win in Sri Lanka after 22 years.(Ashwin Credits Manjrekar for 'Stability')

His spin twin Mishra said: "I have been able to read the wickets better this time and bowl accordingly. This is a great improvement in my cricket and hope to carry on from here."

The ability to learn and deliver have been Ashwin's strength. "I must thank my coaches who have worked with me and been patient. Happy to pay them back," Ashwin said.

What Ashwin did with the ball, Cheteshwar Pujara executed with the bat in the all-important third Test. Stepping in as an opener after India lost Shikhar Dhawan and Murali Vijay to injuries, Man of the Match Pujara timed his seventh Test century to perfection as India scored 312 after being asked to bat first.

Pujara became the fourth Indian batsman to carry his bat through an innings and thanked his preparation for scoring India's bulk of runs in the first innings.

"Facing the new ball was a challenge. I trusted my preparation and the experience of play internationally also helped," said Pujara, who played a session of County cricket recently.

Comments
Topics mentioned in this article
India Cricket Team Sri Lanka Cricket Team Sri Lanka vs India 2015 Ravichandran Ashwin Cheteshwar Pujara Cricket
Get the latest updates on Fifa Worldcup 2022 and check out  Fifa World Cup Schedule, Stats and Live Cricket Score. Like us on Facebook or follow us on Twitter for more sports updates. You can also download the NDTV Cricket app for Android or iOS.